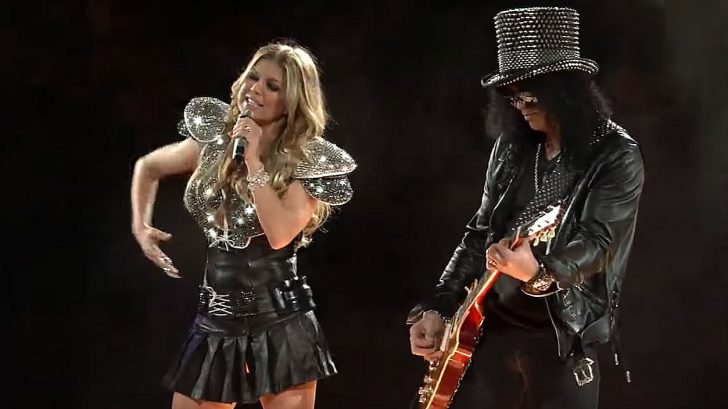 In my humble opinion, nobody does Super Bowl Halftime concerts better than rock bands. Whether it’s AC/DC, the Rolling Stones, or Prince, rock legends have produced the best halftime concerts ever!

Even when a rocker just makes a quick appearance by joining the other performer(s), he/she more often than not ends up being the best part of the show. Take, for example, Slash! What you’re about to watch is a video clip from Super Bowl 45 where during Black Eyed Peas’ performance, Slash makes a surprise appearance with his guitar in hand to join Fergie for a riveting performance of “Sweet Child O’ Mine”.

To put it simply, this video alone is proof that every Super Bowl Halftime concert should at least feature one legendary rocker, if not have he/she be the centerpiece. Hopefully the NFL will take this advice to heart! Watch and see for yourself!