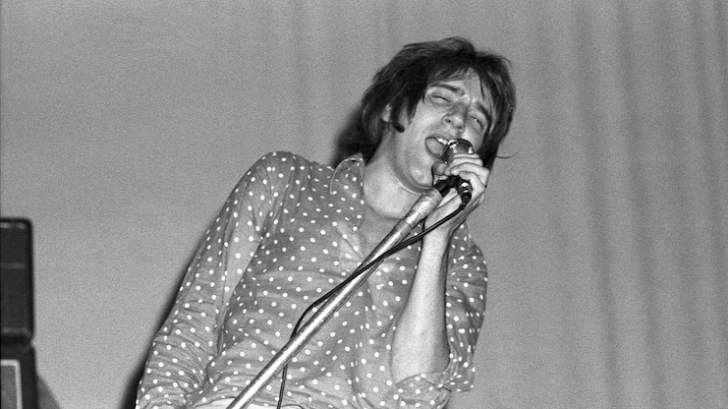 The Dawn of Superstardom

Before Rod Stewart was Rod Stewart, he was the front man of the Jeff Beck Group. The original 1967 line-up of the blues/rock group included Stewart as the vocalist, bassist Ronnie Wood, and lead guitarist Jeff Beck. Bass players and drummers changed often in the early days. Their longest standing drummer was Micky Waller, who was recommended by Rod Stewart.

After playing the UK circuit, The Jeff Beck group travelled to the States in 1968. They played their first US gig in New York City at the Fillmore East. Grateful Dead headlined the show, but the crowd was awe-struck by the British rock band. The Jeff Beck Group flawlessly integrated a heavy-hitting blues sound to their set.

The Shapes of Things

In a later interview, once Rod Stewart had become a successful solo artist, he admitted to being extremely nervous before the show- it was the largest audience they had ever had. It’s hard to pick up on any anxiousness judging by the performance of “Shapes of Things.” The entire band gave it their all, but Rod Stewart’s voice was shining. His vocals are undeniably unique- raspy, emotional, and molded into instrumental accompaniment.

The Grateful Dead were completely upstaged by The Jeff Beck Group. The New York Times was crazy about them. Robert Shelton published an article with the headline: “Jeff Beck Group Cheered in Debut,” with the byline “British Pop Singers Delight Fillmore East Audience.”

The Boston Tea Party had raged, “By the time he got to his last number … (the fans) were in a state of pandemonium the likes of which hadn’t been witnessed since the Beatles hit town.” The Jeff Beck Group had made waves with Rod Stewart fronting the rock/blues band. The Brits returned to the UK to record the album, Truth– which reach No. 15 on the US Charts under Epic Records.

Rod Stewart went on to work with Jeff Beck on countless projects throughout his career- even after leaving the band in 1970. Their most recent reunion was in 2009. Recently, Stewart has even mentioned interest on recording an album with his old pal. Fingers crossed!