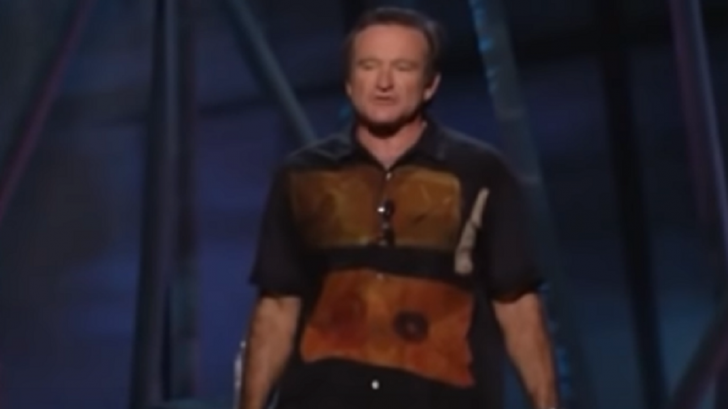 Robin Was A Comedy Master!

There’s no denying the fact that Robin Williams was one of the masters of comedy. His stand up was incredible, almost every movie he was in is considered an instant classic, and all of his sketches were on point! He’s clearly one of the most talented actors in Hollywood too and his films all prove it. Even the characters he played remains iconic up to this day!

Many people throughout the years have spewed jokes about Rolling Stones guitarist Keith Richards. There are jokes about his health, his lifestyle and the fact that he has lived this long – the never-ending memes about him outliving every single organism on the planet still cracks us up. We all know he’s had his fair share of hedonism especially when they were at the peak of their career and somehow, him overcoming those and still rocking it out even if he’s already in his 70s is both impressive and funny.

And so Robin Williams doesn’t hold back in this stand-up routine, and roasts Keith Richards with some hilarious jokes. Of course, the audience were probably rolling on the floor laughing too!

Robin joked that the cure for many diseases lies in Keith, and that we need to duplicate his blood. Robin also added that Keith and a few cockroaches will be the only ones left on this earth after the apocalypse, and he does an amazing impression of the Rolling Stones rocker.

Check out the hilarious routine down below. And if this doesn’t make you tear up from laughing, then you probably have an ice cold heart and zero sense of humor. Seriously, Robin Williams had something about him that could make even the grumpiest fellow crack a smile. So brace yourself, you’ll LOL after watching this.