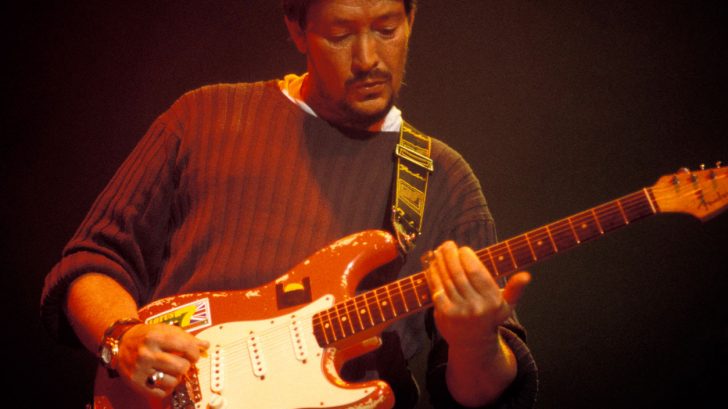 Scary news out of the rock world today as we report that Chris Rea, best known for 1978’s chart topping hit “Fool (If You Think It’s Over)” and 1979’s “Diamonds,” collapsed onstage Saturday night during a concert at the New Theater in Oxford, England. Rea, 66, was just shy of an hour into his set when he suddenly collapsed, falling backwards before being taken to a local hospital where he was reported to be in stable condition. While there was nothing about Rea’s appearance that indicated anything was wrong with him health wise, The Independent reports that concertgoer Darren Fewins and his wife were in attendance when Rea collapsed and offered some insight into what happened:

“There was no-one there to catch him, he just fell into a clump. He was on his back for about two minutes before they brought the curtain down and then that was it,” Fewins recalls.

At the time of this article, Chris Rea is in stable condition and has made the difficult decision to cancel last night and tonight’s shows, the final of his 37-date tour in support of his latest album Road Songs for Lovers. Representatives for Rea took to social media to keep fans updated, offering the following updates on both his condition and the fate of the tour’s outstanding dates:

Thank you to everyone sending Chris their best wishes and to all the fans who came to see him last night. Unfortunately,…

‪Unfortunately, Chris is unable to perform at The Bournemouth International Centre (BIC) on Tuesday 12th December due to illness. All ticket holders should obtain refunds at point of purchase.‬

This most recent health scare is scary enough, but when you factor in that Rea suffered a stroke last year and, in 2001, had his pancreas removed after being diagnosed with pancreatic cancer, the situation becomes downright terrifying. Here’s hoping for a full and speedy recovery for Chris that will allow him to get back to what he loves doing most, safely and in the best of health.