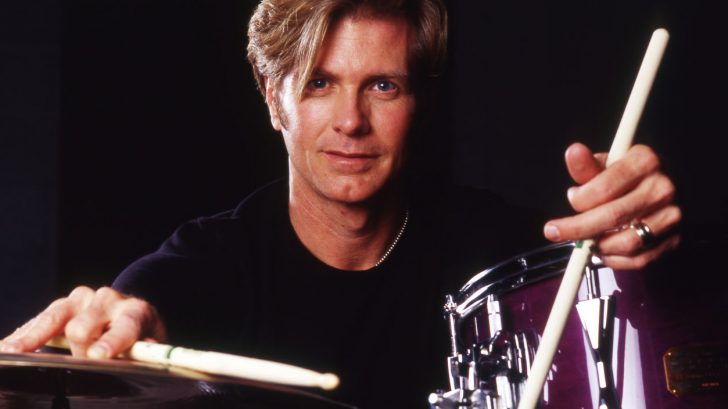 Drummer Died Wednesday, According To Bandmates

We’re sad to report that Pat Torpey, drummer and founding member of chart topping supergroup Mr. Big, has died at the age of 64.

Torpey, who remained with Mr. Big from 1988 to 2002, again from 2009-2014 and since then as the band’s “drum producer,” is reported to have died from “complications from Parkinson’s disease” after a four year battle. The news was confirmed and announced by Mr. Big via a brief statement issued to Twitter:

With breaking hearts we tell you that our brother, friend, drummer and founding member, Pat, passed away Wednesday, February 7 from complications of Parkinson’s disease. Family, band and management request privacy at this very difficult time. Services are pending. pic.twitter.com/SQNpCW9LXw

“With breaking hearts we tell you that our brother, friend, drummer and founding member, Pat, passed away Wednesday, February 7 from complications of Parkinson’s disease. Family, band and management request privacy at this very difficult time. Services are pending,” reads the statement.

Born in Cleveland on Dec. 14, 1953, Torpey’s love for drumming began with a polka band and a family outing. Just 7 years old at the time, Torpey took up the drums and ultimately moved to Los Angeles in 1983 where he split his time between drumming for singers on American Bandstand and Solid Gold and spending time on tour with Tina Turner, Belinda Carlisle, even joining The Knack of “My Sharona” fame.

His talent as a drummer caught the eye of Paul Gilbert and Billy Sheehan, then in the process of putting together a brand new band with singer Eric Martin; together with Gilbert, Sheehan, and Martin, Pat Torpey formed Mr. Big and saw fame beyond his wildest dreams as the band’s 1991 album Lean Into It gave them the breakthrough they’d been looking for. Lean Into It reached the #15 slot on the Billboard 200 Albums chart, going platinum on the strength of the album’s hit single “To Be With You.”

Torpey’s friends and bandmates, past and present, took to social media to remember him:

Oh my dear friends from all over the world …I’m sure most of you folks know that my friend, drummer, singing… https://t.co/Q7zw6GtyqK

RIP Pat Torpey @mrbigmusic . Pat was a talented musician and super nice guy. Got to spend some time with him in recent years. Very sad. Condolences to his band members, family and fans.

So saddened to learn of the passing of my friend and former band mate Pat Torpey. We spent years touring the world, making music, family holiday gatherings, and even remodeled a house together. Pat’s sense of humor, wit, and smile lit up any room the moment he walked in. I am grateful and thankful to have had you as an incredibly important friend and influence in my life. You will be missed beyond words. With love and tears… Rest In Peace my friend.

So shocked and saddened to hear of #PatTorpey’s passing…my heart goes out to his family and all of his bandmates and friends who I know are all completely devastated over this…my deepest condolences @BillyonBass, @PaulGilbertRock @Richie_Kotzen Eric Martin @mrbigmusic ? pic.twitter.com/DTYti7urqq

Sad, sad stuff. Our hearts go out to Pat’s friends, family, bandmates and fans around the world during this difficult time.