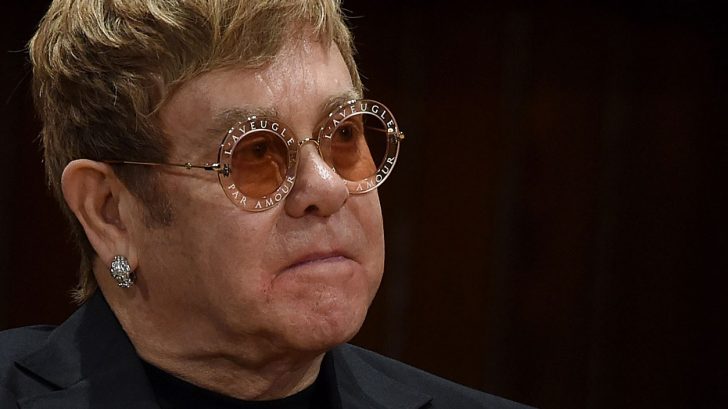 With over 300 million records sold, five Grammy wins, an endless stream of Billboard achievements and a decades long dedication to the Elton John AIDS Foundation, it’s finally time for rock legend Elton John to look towards something he’s never done before:

This morning it was announced that John, 70, plans to retire from touring, bringing to a close a chapter of his career that’s taken the singer-songwriter to heights and places many only ever dream of. The announcement came during a highly anticipated, highly publicized joint news conference held simultaneously in London and New York after days of speculation as to what John’s “special announcement” might be, the singer’s social media alight with hints and countdowns in the days leading up to the big event.

Never one to do things by half, Elton John’s announcement was highlighted by a tearjerker of a look back on his career with songs like “Your Song,” “Rocket Man” and “Goodbye Yellow Brick Road,” the lyrics to which played an integral role in John’s announcement, providing the soundtrack as fans around the world marveled at the journey of one of the music industry’s biggest forces and proudest success stories.

A wrinkle in time. Past meets present.

John’s decision to retire from the road wasn’t one made overnight, nor was it one he made on his own. He says that after looking at his children’s school schedules in 2015 with husband David Furnish, he realized that he “can’t keep doing this forever” and set to work making plans to leave behind the touring aspect of his career and instead focus on the most important career he’ll ever have: fatherhood.

After 50 years of sold out shows around the world and giving the very best of himself night after night, we’d say that Elton John is more than overdue to kick back with his loved ones and enjoy life without the pressures of insane touring schedules, constant jetlag and having to miss out on the little things in life in favor of chasing his dream. It’s been an incredible run, and we can’t wait to see the magic he’s got up his sleeve for this last jaunt around the world!