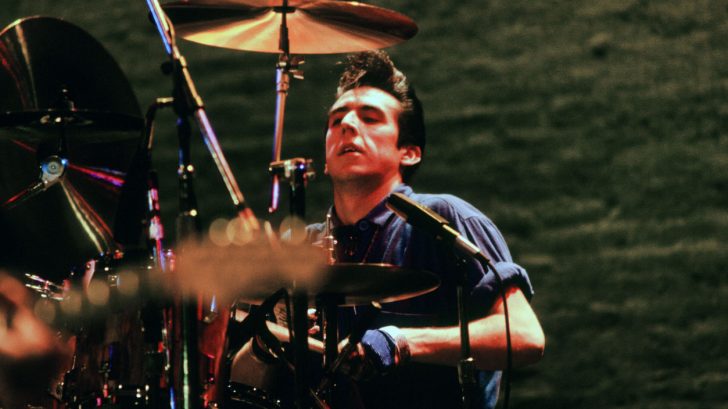 A Sad Day In Rock

It is with heavy hearts that we report to you that Charlie Quintana, revered rock drummer who has played with the likes of Izzy Stradlin, Joan Osborne, The Plugz, Bob Dylan, and most notably Social Distortion just to name a few, has passed away at the age of 56. The news was broken on Charlie’s Facebook page with a post that has since been deleted. The post read as follows…

“Many had tried to help Charlie Quintana in his time of need, while others turned their back on him at his darkest hour. He moved Mexico from the U.S. where he cared for stray dogs and loved his new life. There are no words that will comfort those who loved him, and there are no words for those who made money off him and didn’t pay it back when he needed them.”

As of right now, we do not know the cause of Charlie’s death.

Charlie as a drummer can easily be described as one of the most versatile and hard-working drummers of his generation. Along with arguably his most popular tenure in Social Distortion, which lasted from 2000 to 2009, Charlie has toured and recorded with Izzy Stradlin & the Ju Ju Hounds, Bob Dylan, Danzig, Cruzados, The Havalinas, Agent Orange, and The Plugz just to name a few. Clearly, Charlie was a drummer of high value and contributed to many more musical projects that he is given credit for.

Charlie “Chalo” Quintana has passed away. One of the greatest drummers of all time. A true test of a drummers ability is a slow song. No one could ever match him on this. It was an honor to have recorded this and so many other songs with him. https://t.co/LKJqJxEq7T

Charlie Quintana left us for good last night. Chalo had a heart of gold and he was one hell of a drummer. Shit. I can’t believe I won’t see him again. It had already been too long. I know he loved me and he knew I loved him. That’s all I got right now. Rest easy, my friend.

Heartbreaking news. Charlie Quintana passed away today. One of the best and influential drummers I've ever heard – both with the Ju Ju Hounds and Social Distortion. Lucky enough to see this man with both bands. Rest in Peace Sir. pic.twitter.com/9Ot2XWIWLh

I'm devastated to hear that Charlie Quintana is gone. I don't even know where to start. At 16 he was cool & chill and joyful and badass. An amazing drumming career, but a more amazing human. Memoir excerpts about Chalo here: https://t.co/TU9bszfXlx pic.twitter.com/Sq7XFMdwlF

It simply goes without saying that Charlie Quintana was a pillar in the world of music. Though criminally underrated, his contributions to rock music and music overall are unmatched and for that he will be dearly missed. Our thoughts and prayers go out to all of Charlie’s friends and family during this sad time. RIP Charlie Quintana, you will be missed.