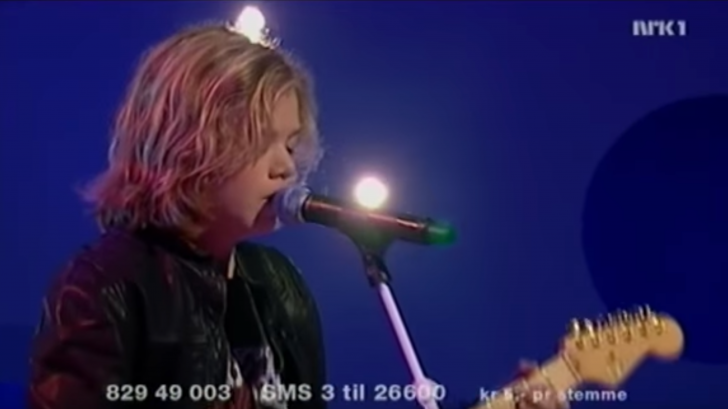 Fredrik Halland is the name. Perhaps you remember his Stevie Ray Vaughan video that went viral a couple years ago. In the clip he was on a talent show at the age of 12 and absolutely smoked an SRV solo…many said better than the legend himself. It was an older clip, shared in recent years which may have confused some people reading the title. But what ever happened to him after that?

Well it turns out he continued to pursue music and has been featured in a lot of videos such as Musicians Institute along with appearances on Normans Rare Guitars Youtube channel as well. The point is, the dude is a killer guitarist and we’re glad to catch up with him.

In this video, he goes head to head with another insane guitarist, Mateus Asato, in a duo that is out of this world.