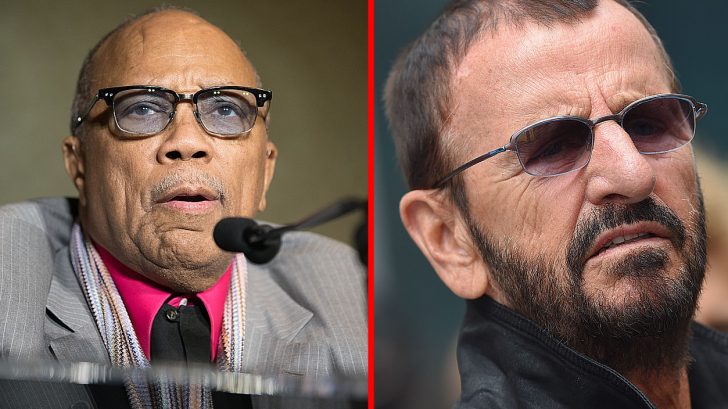 Quincy Jones really is life goals. He’s achieved a level of not giving a crap that most people can only hope to achieve. If a thought pops into his mind, he’ll just speak it, and you better believe that after almost 70 years in the music business, he’s got a LOT to say!

In a recent hilarious, off-the-wall interview Vulture, he discussed just about everything he could think of including Michael Jackson, JFK, Ivanka Trump, and of course, the Beatles, more specifically Ringo Starr. It was during this interview that Quincy let lose on Ringo by telling a rather embarrassing, yet hilarious story about working with him in the studio. Here is the story…

“I remember once we were in the studio with George Martin, and Ringo had taken three hours for a four-bar thing that he was trying to fix on a song. He couldn’t get it. We said, ‘Mate, why don’t you get some lager and lime, some shepherd’s pie, and take an hour-and-a-half and relax a little bit.’ So he did, and we called Ronnie Verrell, a jazz drummer. Ronnie came in for 15 minutes and tore it up. Ringo comes back and says, ‘George, can you play it back for me one more time?’ So George did, and Ringo says, ‘That didn’t sound so bad.’ And I said, ‘Yeah, motherfucker because it ain’t you.’ Great guy, though.”

Way to crap on Ringo’s playing there, Quincy!