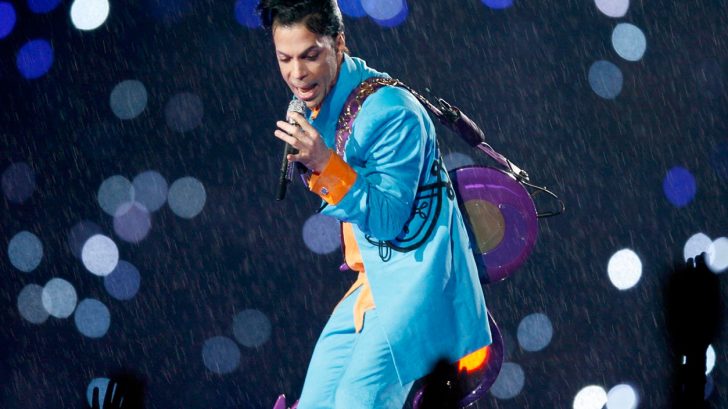 “Could You Make It Rain Harder?”

The Super Bowl halftime show became another beast entirely when Prince was tapped to perform back in 2007 during the final showdown between the Indianapolis Colts and the Chicago Bears. Faced with abysmal weather conditions in the form of a torrential downpour of rain the morning of his performance, Prince didn’t just grin and bear it – he faced it head on with the courage of a ship’s captain headed into the storm of the century and it was after he asked the show’s producers, “Could you make it rain harder?” that they should have known: this wasn’t going to be your regular run of the mill halftime show, not by a long shot.

A marching band, backup dancers, pouring rain and flashlights covered with purple plastic filters – it doesn’t get more theatrical than Prince’s halftime show performance, giving performers past and present a serious run for their money as he turned every performer’s worst nightmare into one of the most iconic moments of his career, dancers never missing a step in their 5 inch heels on a slippery stage and band members knowing when to push and when to pull back and let Prince shine. For 12 minutes you get to hear the best of Prince’s career intermingled with pointed nods to Creedence Clearwater Revival, Jimi Hendrix, and the Foo Fighters (Dave Grohl still can’t believe it) but for a lifetime, you’ll remember the night Dolphin Stadium turned purple.

Oh, and that guitar solo? Flawless.