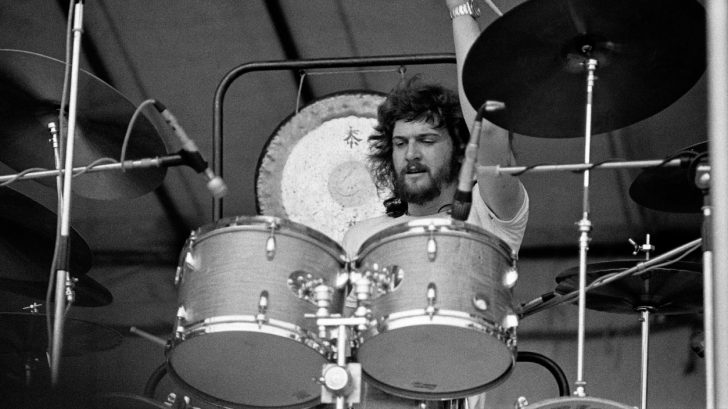 The hits just keep on coming.

It’s with a heavy heart that we announce the passing of pioneering jazz-rock drummer Jon Hiseman, famous for his time in Colosseum, The Graham Bond Organization and John Mayall and the Bluesbreakers. He was 73.

Hiseman’s death came as the result of a “brief and courageous battle with cancer” and was announced this morning by his daughter, Ana Gracey, via a simple statement on Facebook.

It wasn’t until 1968 that he’d link up with John Mayall and the Bluesbreakers, joining a laundry list of rock and blues icons who would also use the Bluesbreakers as the jumping off point for some of the most legendary acts out of the British music scene.

Never one to rest on his laurels, Hiseman formed his own band – Colosseum – in 1968, releasing four albums before disbanding in 1971. Colosseum would return a few years later in 1974, this time as Colosseum II with the help of fellow legends Gary Moore, Don Airey,and Neil Murray, ultimately dropping the “II” in 1994.

Hiseman was working with his latest project JCM when he was diagnosed with brain cancer earlier this year. JCM were forced to cancel their U.K. tour, citing Hiseman’s health on their official website and hopes that he would be well enough to return to the stage at some point.

“(Hiseman) was taken ill during the course of the tour and was discovered to have a cancerous brain tumor.

He will be undergoing life-saving brain surgery as soon as possible and wishes you all to know how touched he is by the overwhelming show of support.

It is our hope that he will be well enough to resume the tour later this year. Thoughts and prayers are with him and his family at this time.”

His JCM bandmate Clem Clempson issued a heartbroken statement about the loss of his friend and colleague via Facebook shortly after the news broke.

by Clem Clempson ? It is with great sadness and a feeling of utter disbelief that I must share the awful news that…

Clempson hailed his late friend as “a constant guiding light, inspirational and indefatigable, a true leader who will be greatly missed by his many colleagues and legions of fans” and thanked him for their time together.

“Thanks for everything Jon, RIP.”

In addition to a glowing musical legacy, Jon Hiseman leaves behind an adoring family and a devoted tribe of friends who will indeed miss him endlessly.