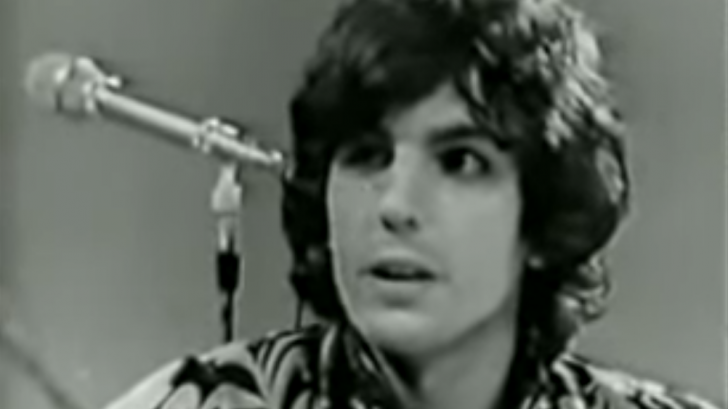 Pink Floyd’s debut album, The Piper at the Gates of Dawn (1967),  was a space rock  inspired masterpiece. Syd Barrett was on lead vocals, guitar, and wrote most of their music at the time. The first song on the record, “Astronomy Domine,” is more of an astral chant. Barrett  wildly chants and howls during the song while drummer Nick Mason fills the song with deep rhythmic pounding.

“Four quick points I want to make before you hear them… To my mind there is continuous repetition and proportionately, they are a bit boring. My second point is that they are terribly loud… My third point is that perhaps I’m a little bit too much of a musician to fully appreciate them. Four, they have an audience and people who have an audience ought to be heard (referring to how loud they played).“

Pink Floyd performed “Astronomy Domine,” on BBC in 1967. The performance included a psychedelic water and oil projection behind the band. It was a trippy set up with lots of shadows and movement. Hans Keller had ruthlessly critiqued Pink Floyd before their show and continued when he interviewed the band afterwards.

Roger Waters and Syd Barrett sit down with Keller immediately after their trippy “Astronomy Domine” show and took the fire like champs:

Keller says, “I happen to have grown up in the string quartet which is a bit softer so, why has it got to be so loud?”

“Well I don’t guess it has to be, but I mean that’s the way we like it… and we didn’t grow up in a string quartet so I guess that could be one reason.” states Waters.

“Not everybody who hasn’t grown up in a string quartet turns into a loud pop group, so your reason is not altogether convincing,” responds Keller.

Barrett explains, “We play in large halls where volume is obviously necessary and when people dance they like volume.”

Keller turns to the audience and concludes, “My verdict is that it is a  little bit of a regression to childhood, but after all- why not?”

Pink Floyd had only two concerts under their belt before this 1967 performance and was already on a rapid rise. They group had a professional and humble demeanor towards harsh interviews. Hans Keller was a true taste of the negative response to the the emerging psychedelic experimental sound. I’m sure he swallowed his words a few years later when Pink Floyd rose to super stardom.