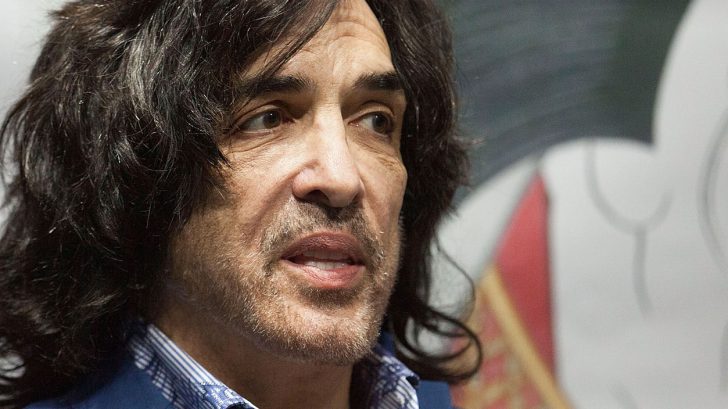 If you’re frustrated with the way the Rock and Roll Hall of Fame operates, don’t worry: you’re not alone. KISS singer Paul Stanley took to Twitter to congratulate the incoming Class of 2018 that includes Bon Jovi, Moody Blues, The Cars, Dire Straits, Nina Simone and “Early Influencer” Sister Rosetta Tharpe, but not before taking the Rock and Roll Hall of Fame to task for decades of overlooking some of rock’s most influential acts in favor of others who, while influential in their own right, don’t fall under the rock umbrella or might just be a little too new for induction.

“CONGRATULATIONS CLASS OF 2018!” wrote Stanley on Twitter over the weekend, continuing with “Great to see the RRHOF with little choice while choking on it’s own stagnant, toxic air, except to open it’s eyes, ears and doors to survive by reluctantly becoming what it was meant to be all along. @RollingStone”

Echoing the frustration of fans who felt that acts like Moody Blues and Sister Rosetta Tharpe should have been inducted long ago, Stanley’s grief with the Rock Hall extends into his own world. KISS’ 2014 induction came after years of snubs and brought with it its own brand of controversy, first as Gene Simmons and manager Doc McGhee called out the Rock Hall’s tendency to favor pop, disco and hip-hop acts over rock acts and then again as only their original lineup of Simmons, Stanley, Frehley and Criss were inducted.

CONGRATULATIONS CLASS OF 2018! Great to see the RRHOF with little choice while choking on it’s own stagnant, toxic air, except to open it’s eyes, ears and doors to survive by reluctantly becoming what it was meant to be all along. @RollingStone pic.twitter.com/Rqgf1XDF5J

Stanley isn’t the first Hall of Famer to take aim at the Rock and Roll Hall of Fame; last year saw Steve Miller angrily go after the powers that be about the way the Rock And Roll Hall of Fame conducts itself and treats its inductees, from $10,000 seats and guests of inductees not being allowed to attend unless they pay through the nose for a seat at the table to a strong sense of the Rock Hall no longer meaning what it should. Fans retweeted Stanley’s Twitter post, adding their own thoughts:

No artist needs the self-righteousRNRHOF to validate their greatness.The only thing that matters are the fans. @KISSOnline @BonJovi @judaspriest are worldwide icons &were great long before the @RockAndRollHall was invented. Induction onlyserves th Hall’s interests,not the artists

An more ndependent body needs to take over the selection process.

Way too much politics involved with the selection committee. Some people go out of their way to keep certain bands/artists out. Yet pop groups/artists seem to get a free pass to a party they should never have been invited to.

Can’t really blame Paul for being upset with the current state of the Rock and Roll Hall of Fame. Here’s hoping that in the wake of this year’s backlash, next year will look a little brighter for fans itching to see their favorites inducted at long last.