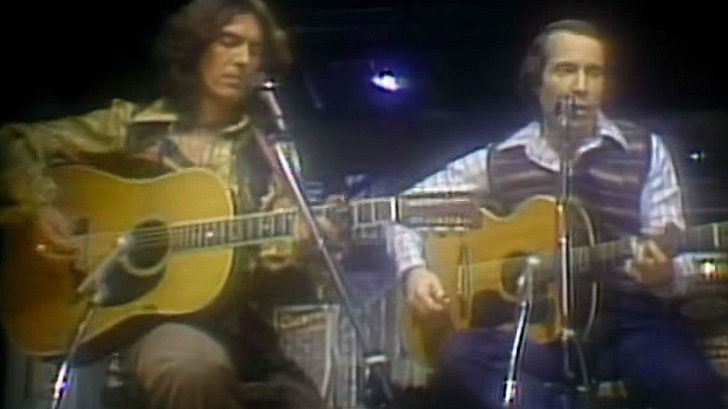 One Of Saturday Night Live’s Most Iconic Moments

While most artists worth mentioning have made an appearance on iconic variety show Saturday Night Live, few had performances that stuck with us quite the way that this one did. In 1976, Saturday Night Live featured Paul Simon of Simon and Garfunkel as the show’s guest host, with musical guest and former Beatle George Harrison; it was Simon’s second appearance and Harrison’s first, and as an added bonus the two surprised everyone with an acoustic performance that featured George’s hit ‘Here Comes The Sun,’ and Simon and Garfunkel’s 1966 hit ‘Homeward Bound’.

Fun Fact: George performed a skit with Saturday Night Live creator Lorne Michaels in which he thinks he should get his fourth of the money offered to The Beatles for agreeing to be that night’s musical guest.

Believe us when we say that it’s one of the finest performances in the history of the show – the way George delivers that emotional second verse to ‘Homeward Bound’ is unbelievable! A song that was written about longing for home when you’re far away, and despite living your dreams being tempted to give it all away if it means going home – who better to understand that sentiment than a member of the biggest rock band on the planet, George Harrison?