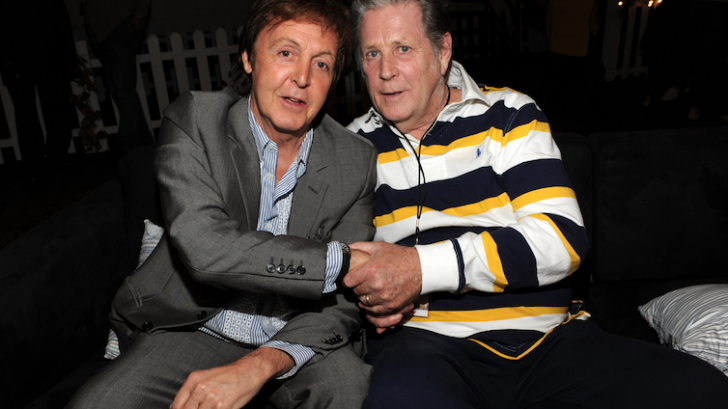 The Beatles’ Rubber Soul was released in 1965. The album was considered a “folk rock” side of the British band- deviating from pop and transitioning into their psychedelic era. The album influenced rock bands across the board to be more experimental.  One of those bands being, contemporaries from across the pond- The Beach Boys.

Both bands had some sort of  telepathy in which they would exchange admiration through genius musical productions. The Beatles’ “Girl,” on Rubber Soul, has actually been influenced by The Beach Boys. McCartney has stated that they were trying to capture the innocent Beach Boys sound here. This is where the exchange between bands started. They were actually each other’s biggest fans.

After listening to Rubber Soul, Brian Wilson said it was “the first album I listened to where every song was a gas.” He was inspired to get in the studio and top The Beatles innovative approach. The Beach Boys released Pet Sounds  in 1966 and it raged throughout the world. In the UK, Pet Sounds had removed The Beatles from a 3 year run as the best selling artists of the final selling quarters. The Beach Boys were the highest grossing artists in the UK at the end of 1966.

Brian Wilson’s work was admired by every part of the music industry, and one of his biggest fans was The Beatles’ Paul McCartney. The Beatles bassist named “God Only Knows,” as his favorite song of all time and referred to the track when asked about his melodic bass playing.

“God Only Knows’ is one of the few songs that reduces me to tears every time I hear it. It’s really just a love song, but it’s brilliantly done. It shows the genius of Brian. I’ve actually performed it with him and I’m afraid to say that during the sound check I broke down. It was just too much to stand there singing this song that does my head in and to stand there singing it with Brian,” stated McCartney in 2007 after having the opportunity to perform the song with Brian Wilson.