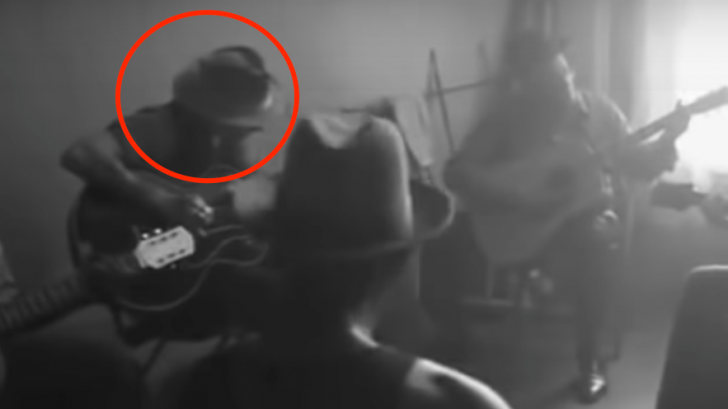 So let’s briefly break down the two men that are the subject of this video. We’ll start with Paul McCartney. Here’s a quick recap. Paul McCartney was the bassist/vocalist for what is still considered the most iconic band of the last century, The Beatles. Since The Beatles disbanded, he has gone on to pursue a very successful solo career. He is a songwriter, billionaire, philanthropist, and he’s got a great hairdo.

Moving onto the other subject of the video, Johnny Depp. He is a critically acclaimed actor who has starred in some of Hollywood’s greatest cinematic achievements. Since his breakthrough in his early days, he became one of the most iconic actors to ever be featured on the big screen. He is also a huge rock and roll fan as well as an exceptionally great guitar player.

Now, what you’re about to watch is a video of Paul McCartney, Johnny Depp, and a few other musicians take to their guitars and jam an excellent blues jam. See for yourself!

According to Director Vincent Haycock, this was very easy and fun to film. And it pays homage to the early days of friendship between John Lennon and Paul McCartney.

“Their story at its core is a universal one, two young kids who bond over their passion for music and form a band and friendship. This video is about them, and every band, and every kid who has suffered the ups and downs of starting a band, whether or not they became successful…

Paul’s scene was incredibly fun to create. It was just him, some blues players and Johnny Depp jamming on set all day. Patti Smith also turned up on set and hung out, which made the crew very happy!” – Vincent Haycock

It’s the jam session of your dreams!