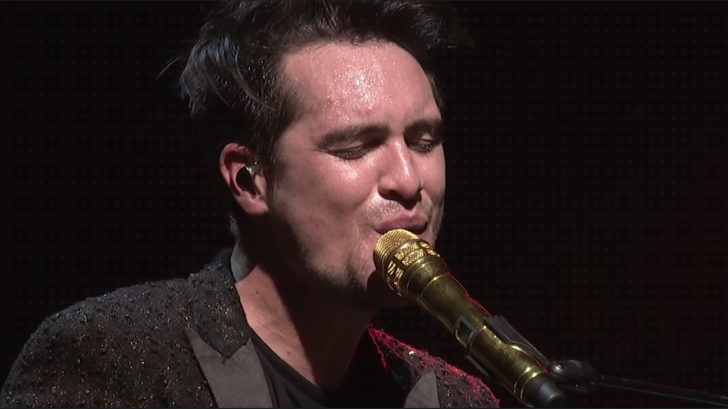 Panic! At The American Music Awards

Unless you live under a rock, it’s hard to have missed the fuss surrounding last night’s American Music Awards.

As with so many other award shows in recent memory, it’s hard to imagine rock music having a place among the likes of Cardi B, Camila Cabello, Taylor Swift – but thanks to one band, rock and roll got its moment in the sun and in a moment that sent chills down spines and crowds roaring, made it loud and clear that it’s back and ready to snatch its crown back.

Oh you know, just on top of the world performing Queen's Bohemian Rhapsody in Sydney for the American Music Awards ?…

Las Vegas rockers Panic! At The Disco, currently in the middle of their highly anticipated Pray for the Wicked Tour, were pretty far away from the glitz and glam of the AMAs. But thanks to modern technology, a satellite brought them all the way from Sydney, Australia to LA’s Microsoft Theater for an extra special performance – a cover of Queen’s “Bohemian Rhapsody,” made even more special by the fact that the cast of the upcoming film of the same title were in attendance.

Fronted by singer-songwriter Brendon Urie, Panic! At The Disco have been performing “Bohemian Rhapsody” at their live shows for the past few years and it’s a ton of fun to see them perform live.

Last night’s performance was no exception, 31-year-old Urie commanding the stage from behind his piano, moving back and forth between quiet drama and ear-busting falsettos as effortlessly as breathing.

The party really starts when it comes time for Panic! to open up the throttle for the song’s breakdown.

Brendan Urie jumps onto his piano and leads the charge to the delight of the audience, waving lighters and flags and cell phones in the air and it’s impossible to ignore the feeling of electricity in the air; the feeling that not only is rock not dead, it’s ready to make its return to the limelight and take its rightful place at the top once more.

Check out Panic! At The Disco’s electrifying “Bohemian Rhapsody” performance at the AMA’s down below!