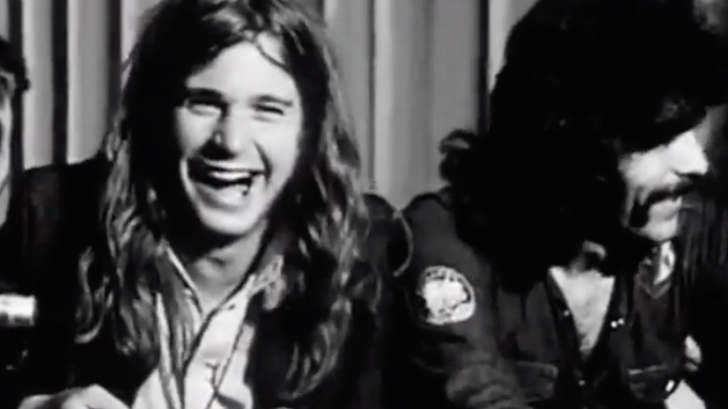 Black Sabbath was on tour in Australia in 1973. They did a string of interviews and they were all very rock and roll. One particular interviewer wanted to know exactly what the band’s name meant. He had heard of some bands who practiced black magic and wanted to know if Black Sabbath’s name had any connotations to that. Ozzy Osbourne was answering the questions that day.

He responded to the interviewer “Why did the Beatles pick the Beatles? Nobody knows. A name means whatever you want to interpret it to mean, you know?”

So… What Does It Mean?

Ok, so it literally means corrupted holiness. Sabbath is of Hebrew origin, meaning Saturday… later becoming know as a holy day among several cultures. The band refuses any sort of satanic connotations. We know though. No, members of Black Sabbath aren’t warlocks. They’re just metal heads who know how to have fun. Whether they choose to comment that it’s just a “name they like” or not, we know! We also understand that maybe they chose not to define their decision making due to PR precautions.

The later part of the interview is centralized around what their hobbies are… you can imagine why the band erupts in laughter.