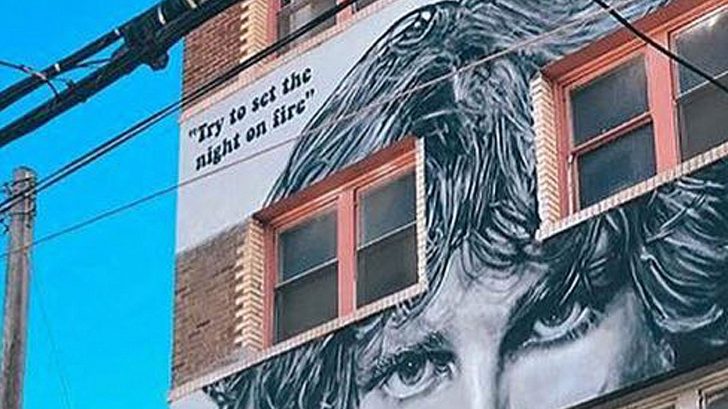 Even 46 years after his death, Jim Morrison of The Doors is still remembered as one of the most controversial and groundbreaking front men in all of rock music. His antics and unique stage presence instantly set him apart from all other singers and made him into an icon. Even to this day, Jim is revered for his work up until his death at the young age of 27.

It just goes without saying that Jim Morrison has a legacy that is simply unmatched, even today. Fans of The Doors still pay tribute to him in the most awesome of ways. Whether it’s through covers, poetry, or in this case, art, fans still know how to honor Jim. Speaking of art, an image of a Jim Morrison mural has been going viral for obvious reasons. A fan named Jonas from Venice, California made this stunning mural in tribute to Jim Morrison. Check it out below!

Check out this awesome mural done by fan, Jonas, at The Ellison Suites in Venice, CA!