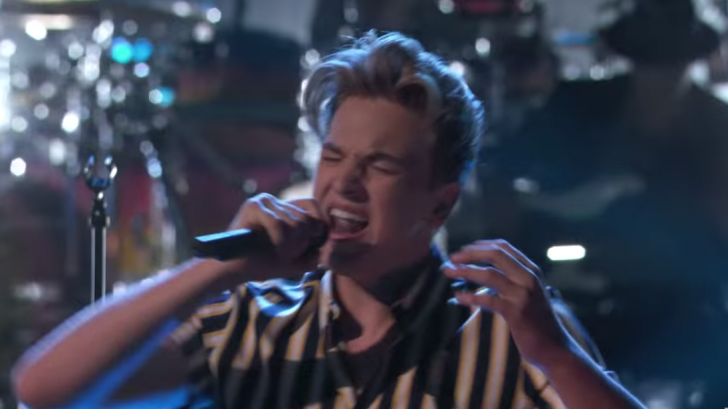 On The Air Tonight With Noah Mac

A highlight from last year’s The Voice competition was Noah Mac’s cover of Phil Collin’s “In The Air Tonight.” It’s nearly impossible to cover timeless rock anthems but somehow Mac got the job done. Maybe it’s his deep bass lined vocals or maybe it’s his movement on stage but the performance was absolutely magnetic. He did miss the air drum solo opportunity, but immediately made up for it with synchronized adrenaline- fueled jumping. The entire room was hypnotized by his sultry performance. The performer kept up the energy through the entire episode. The show definitely proved what an amazing improvement Mac had made since his blind audition.

Way Down Into Those Vocals

Blake Shelton added him to his team after his “Way Down We Go” cover in the blind audition. His vibrato tones are that of which soul music is made of. Shelton recognized Mac’s ability to keep that “round and full” sound even when reaching higher notes. That soulful voice has deep roots as he admitted that his first performance ever was at his sister’s funeral. Mac went on to cover songs like “I’m So Lonesome I Could Cry,” which showcased his deep voice perfectly. He is definitely reminiscent of Elvis Presley. During the show’s battle Jennifer Hudson saved Mac from elimination due to his “old soul” sound and Mac became part of Team JHud. Currently, Noah Mac has a solo album in the works.