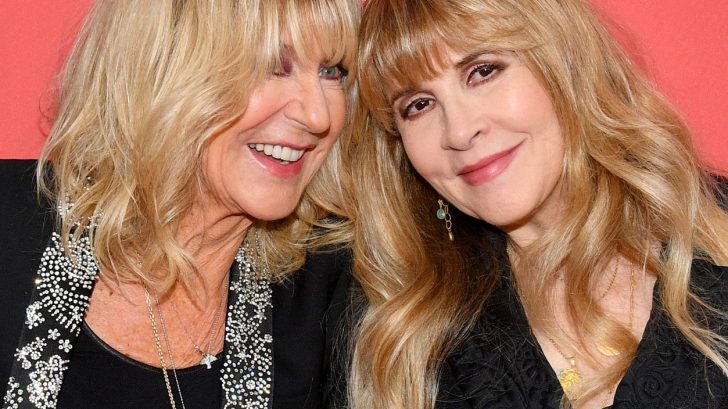 The level of respect that Stevie Nicks and Christine McVie command is something to behold – seriously! At 69 and 74, Fleetwood Mac’s leading ladies are some of the most fiercely respected women in the music industry and even when you hear about the turbulence that seemed to follow Fleetwood Mac and its members for decades, you never hear of anyone being silly enough to cross Stevie or Christine – and they know exactly why that is.

In an interview with CNN, Stevie Nicks revealed the secret – a 43 year pact between the two ladies when Nicks first joined Fleetwood Mac in 1975, one she says has made them a “force of nature”:

“…when I joined Fleetwood Mac, Christine and I made a pact. We said we will never ever be treated like a second class citizen amongst our peers as we get more famous and more famous – and if we’re in a room with famous rock ’n’ roll stars that are men, and they treat us that way, we will scream at them and then we’ll walk out.

We’ve been a force of nature our entire career, so nobody has dared step over that line to Christine McVie and Stevie Nicks.”

Sounds simple enough; when you’ve worked as hard as they have to help build an empire that includes a spot in the Rock and Roll Hall of Fame and one of the top selling albums of all time in Rumours, the very idea of allowing anyone to discount that is unthinkable.

Their strategy doesn’t just prevent people from any notions of disrespect among music industry colleagues, either – it also means that Stevie and Christine get paid the same amount as bandmates Lindsey Buckingham, John McVie, and Mick Fleetwood. No ifs, ands, or buts – unless they want to see Fleetwood Mac dwindle down to a trio instead of a quintet, that is.

“Fleetwood Mac has two women and we all get paid the same,” Nicks explains simply. “And if we didn’t, Christine and I would be walking out the door.”