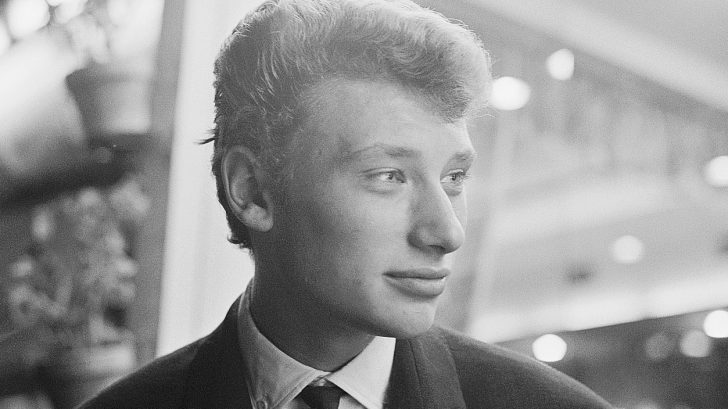 The Passing Of A Legend

It is with heavy hearts that today we report that French rock & roll icon and entertainment titan Johnny Hallyday has passed away at the age of 74 as a result of his long battle with lung cancer. Johnny’s wife Laeticia Boudou first broke the news by calling French President Emmanuel Macron around 12:00am this morning. Macron said “Across generations, he carved himself into the lives of French people. He charmed them through the generosity you saw in his concerts: so epic, so intimate, in huge venues, in small spots. We all had at least one of his songs that came to our mind this morning.”

The ‘Elvis Of France’

Johnny Hallyday was first inspired to pursue a music career after seeing a performance from Elvis Presley. His fame and popularity came in the 1960s upon the release of his first single “Laisse les filles”. Since this release and many more to follow, he was dubbed the ‘Elvis Of France’. Johnny has also made an appearance on The Ed Sullivan Show and has had legendary rock artists of the future open for him, The Jimi Hendrix Experience being one of them. All of this hardly even begins to describe his long 50+ year long storied career.

I’ll never forget our bike ride through the desert of California, Johnny Hallyday.My thoughts and prayers are with your family and loved ones. I’ll miss you, my brother and I’ll never forget you.

I'm very sad to hear the news that Johnny Hallyday just passed away. He was a giant in show business…a true icon! My…

Farewell Dear Johnny Hallyday. Your friendship, sweetness and support are imprinted in my heart. It is an honor to have…

While being a massive superstar in his native country, Johnny Hallyday never quite made it big in the UK or US. He was…

Johnny’s illustrious career spans almost 60 amazing years, but even to this day, he has been criminally underrated. Nevertheless, on this sad day, his many, many accomplishments are not going unnoticed. Needless to say, Johnny Hallyday should and will be remembered as one of the all time greatest and most influential rock stars of all time. Rest in peace, Johnny Hallyday. You will be missed.