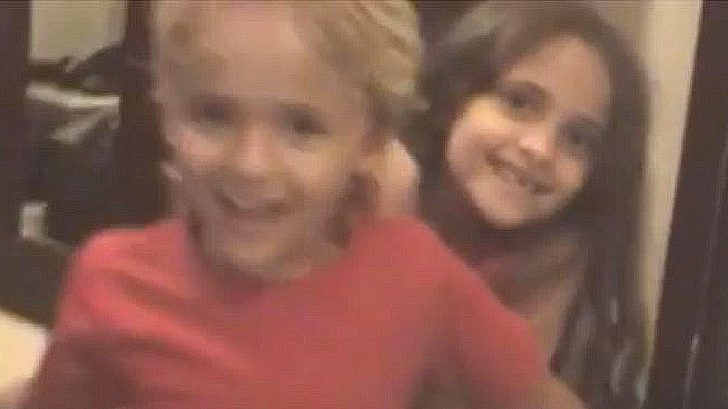 The eldest son of late King of Pop Michael Jackson is celebrating his 21st birthday today, and while the Jackson clan will turn out to join in the festivities and spare no expense in the process, there’s one member of the family that won’t be there with him. Don’t worry though – little sister Paris made sure her big brother knew how loved he is on his big day, taking to Instagram to pay tribute to Prince Michael with a super precious video that provides a glimpse into ultra secret childhood years; the ones that made us all ask, “Was their childhood…you know, normal?”

Michael Jackson was notoriously private on a good day, but when it came to his children’s privacy he bordered on obsessive – dressing the kids in elaborate, brightly colored masks to prevent the paparazzi from turning them into tabloid headlines and robbing them of their childhood.

The video below, posted to Paris’ official Instagram account, shows Paris and Prince Michael as toddlers in all their normal, happy, toddler glory, dancing around their dad’s house together and wrestling to see who could get the most camera time.

it’s not your birthday for another half hour but i flew to the east coast today so technically i’m already two and a half hours late! so i’m posting this now. my dearest brother. i could fly to the moon and back a thousand times and the distance still wouldn’t amount to how much i adore you. i’ve always looked up to you, and to this day you’re still the greatest role model i could ever hope for. i miss these days where we could wrestle and i’d still have a chance at winning, though. i miss playing hot wheels and my little pony with you, i miss fighting like pirates and trying to cast spells with our harry potter wands. i miss the saturdays where we would sleep in and eat porridge and OJ and watch gargoyles and transformers (and sometimes cartoons in arabic?), and staying up late listening to you tell us wild bed time stories that always had a crazy twist at the end. you’ve always been my best friend in the whole wide universe and i’m so lucky to have you in my life. i couldn’t have wished for our friendship to turn out any better. we may not have our water guns and crash bandicoot, but we have so much more. you’re the most fun, genuine, determined and hilarious person i know. and it makes ma soul happy to know dat i can always count on you, and no matter where we are in the world and in life, my home is with you and the little guy. i love you so much, gooko. i’m so proud of you. happy birthday.

Sure, we know what Michael’s kids look like as adults after nearly a decade in the spotlight following their father’s death in 2009. But there’s something awesome about this incredibly secret look into what looks like a surprisingly normal childhood that consisted of playing with Hot Wheels and My Little Pony, Saturday morning cartoons, water guns and video games, from someone who’d love nothing more than to tell you all of the wonderful, whimsical things about her life as Michael Jackson’s daughter that we never got to see.

Check out this ultra rare glimpse into the Jackson family household in the video just above this article!