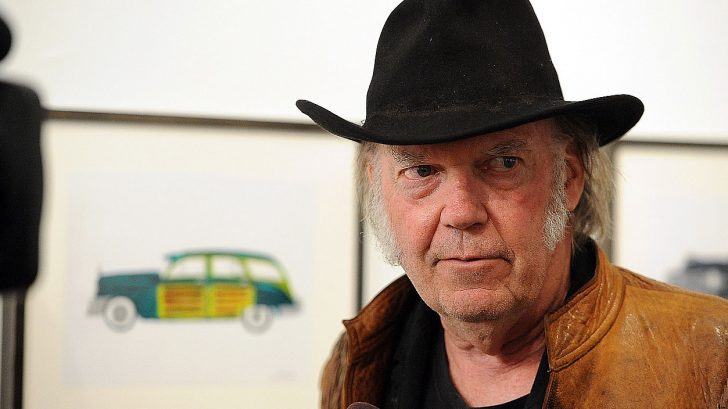 Neil Is Gonna Kill This Role!

There’s a lot to learn about legendary singer/songwriter Neil Young, but what most of his fans may not know is that he is actually Canadian, which is a slight bit ironic considering the badass new gig he just landed for himself!

Neil’s girlfriend Daryl Hannah, well known actress, will be making her directorial debut with a new western flick titled ‘Paradox’, and yes, Neil Young obviously just scored a role in it. Willie Nelson is also set to have a role. The film will premiere at SXSW next month.

The official film plot summary reads… “Somewhere in the future past, the Man In the Black Hat hides out between heists at an old stagecoach stop with Jail Time, the Particle Kid and an odd band of outlaws mining the detritus of past civilizations, they wait for the Silver Eagle, for the womenfolk and for the full moon’s magic to give rise to the music and make the spirits fly.”

As you probably already know, this will not be Neil’s first time on the big screen. Neil has starred in many films and isn’t even a stranger to directing films, either. As of right now, there is no word on exactly what role Neil will be playing, but it goes without saying that this role seems all too perfect for him!