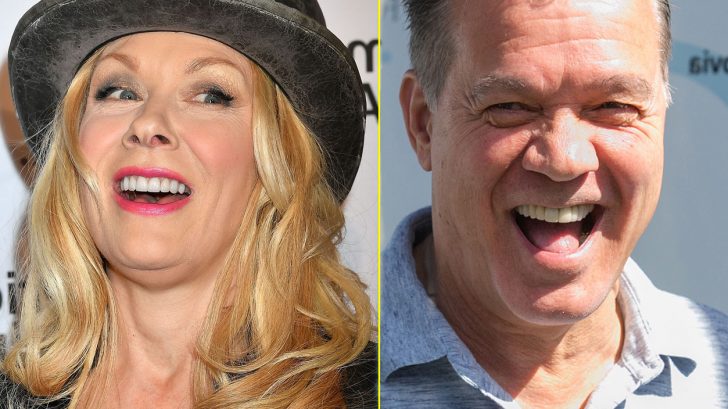 In 1979, Heart’s Ann and Nancy Wilson found themselves in the same hotel as another famous set of rock and roll siblings: Eddie and Alex Van Halen. As Nancy tells it in their 2013 memoir Kicking & Dreaming: A Story of Heart, Soul, and Rock and Roll, she expected the night to be interesting when she and Ann sat there watching Eddie and Alex brawl in between marathon drinking contests and various failed attempts at taking the Wilson sisters to bed that night.

What she didn’t expect was a conversation with Eddie that left her more than a little shocked: he didn’t own an acoustic guitar. Not a single one.

“Eddie Van Halen–at that point one of the greatest living guitar players, when he wasn’t punching his brother in the face–didn’t own a single acoustic guitar. I couldn’t believe it. But he swore it was true.

“I’m going to buy you an acoustic guitar right now,” I announced.

I went and woke up our road manager. He told me that at midnight instrument stores were closed. “Then let’s give him one of mine,” I declared. We went to our gear truck, and I took my favorite Ovation. I walked up to Eddie’s room and handed it to him.

He started crying. “That’s the nicest thing anyone has ever done for me,”  Eddie said.”

Thinking that was it, Nancy retreated to her hotel room and went to sleep, only to be awoken by Eddie the next morning at about 7am. Saying  “Nancy, Nance, sweet Nancy, sweetest Nancy! I wrote a song for you on my Nancy-Nancy acoustic guitar,” Eddie put the phone down and proceeded to jam an acoustic piece he’d written in Nancy’s honor.

“The song went on for many minutes and was truly amazing. It was more of a suite than a song, but it was beautiful. Eventually, the line went dead–I think Eddie had passed out. I don’t know if he ever played the song again, or even if, when he sobered up, he remembered anything about the night, except that he and Alex didn’t manage to take the Wilsons to bed. But it was the best thing I ever heard Eddie Van Halen play. I only wish I could hear it again.”