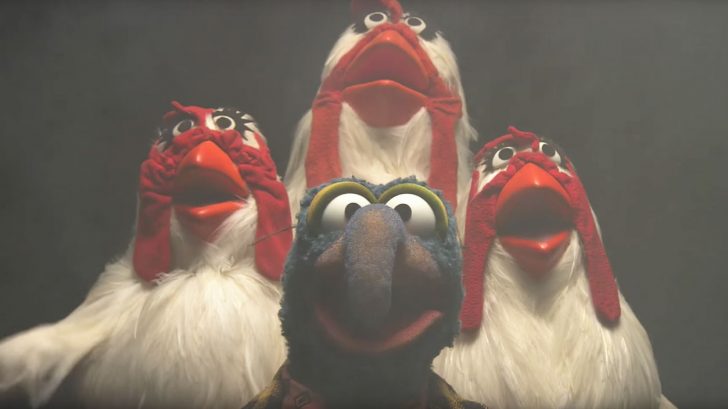 “Any Way The Wind Blows…”

It’s been covered hundreds of times, from Panic At the Disco to pop sensation P!nk, but nothing beats the delightfully fun viral version that was The Muppets’ 2009 take on Queen’s “Bohemian Rhapsody”. Released in 1975 and featured on A Night At the Opera, “Bohemian Rhapsody” is one of those songs that’s hard to imagine as anything but the 6 minute masterpiece it’s always been.

The Muppets Take Over

When placed in the hands of The Muppets, however, the fact that it turns into a freewheeling celebration of fun, music, and youth with some of our favorite childhood friends along for the ride (even that weird little shrimp guy) is absolutely perfect, making for a shot-for-shot remake of the original “Bohemian Rhapsody” video that is equal parts innovative and fiercely faithful in its execution.

Fun Fact: Sound familiar? It should; the recording used the original instrumental tracks recorded by Queen in 1975, and as such the release has been billed as being recorded by “Queen + The Muppets.

“I think it makes it all the more funny! After they’d done their bits we got the track back to OK … I immediately thought it was brilliantly done, but I had no idea it would light such a huge bush fire. Amazing,” reveals Brian May.

From Gonzo’s flawless four part harmony with his chickens Stephanie, Ethel, and Camilla to a dramatic ending by Miss Piggy that would have made Freddie Mercury giggle with delight and every Muppet cameo in between, The Muppets’ take on “Bohemian Rhapsody” is far and away the coolest thing we’ve ever seen – we dare you to get through the entire thing without cracking a smile. Enjoy!