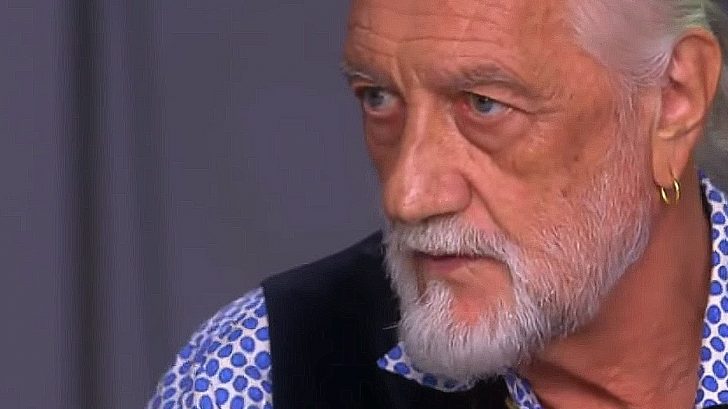 Lindsey Buckingham is out of Fleetwood Mac, a decision that we now know was made by the band as a whole.

As we reported just a few short weeks ago, Fleetwood Mac made headlines when they parted ways with longtime guitarist and lyricist Lindsey Buckingham, citing disagreements over the band’s upcoming tour. Aside from a quiet statement given to a news outlet and a brand new Facebook profile photo, there was nothing else on the band’s page; no explanations, no updates, not even an official introduction for new members Mike Campbell and Neil Finn.

That all changed this morning when the band appeared on CBS This Morning.

Appearing as a brand new line up for the very first time, Fleetwood Mac discussed Buckingham’s departure and the future of the band with Campbell and Finn on board. While Stevie Nicks was quick to weigh in on the band’s decision to let Buckingham go, it was Mick Fleetwood who ultimately revealed why Lindsey is no longer with the band.

“It became just a huge impasse, and hit a brick wall, to where we decided that we had to part company,” Fleetwood explained on CBS This Morning.

He liked it to a marriage that’s run its course, stressing the importance of not using the word “fired” to describe the band’s decision to part ways with Lindsey. Fleetwood also has nothing but high praise for his former bandmate’s talents and legacy.

“We don’t use that word, because I think it’s ugly,” he said. “It’s not a question of that. Lindsey has huge amounts of respect and kudos [for] what he’s done within the ranks of Fleetwood Mac, and always will. But it’s like a marriage that came to an end, and there are reasons why. As a band, we needed to move on, and we have.”

There was also something else to consider when it came time to plan a brand new tour: time, and the fact that it’s not always on our side. Late last year Fleetwood Mac said goodbye to longtime friend Tom Petty, who died in October at the age of 66 after wrapping up a 40th anniversary tour with The Heartbreakers. When death hits home the way Petty’s death did, it’s a clear ultimatum to either hit the road while you still can, or run the risk of something happening and taking that chance from you.

Stevie Nicks summed it up the best:

And seize the day they will. Fleetwood Mac hit the road on October 3rd for a massive North American run, beginning in Tulsa, Oklahoma and wrap up in Philadelphia, Pennsylvania on April 5th, 2019. Check out tour dates just below this article and find out if the Mac will be hitting your city!