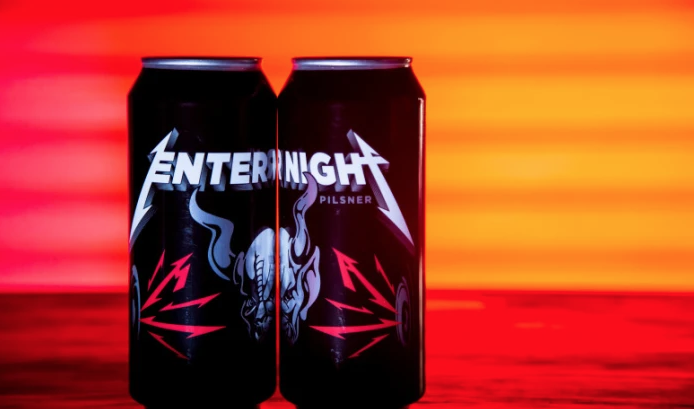 The Spirits Are Good

“Enter Night” has immediately become the most bad ass beer out there. Metallica and Arrogant Consortia have stocked up stores nationwide with the 5.7 percent brew Pilsner (16oz.). The two forces are making history across the United States. Stone Brewing CEO Greg Koch describes the taste as “crisp and refreshing,” he explains that the beer “shatters misconceptions and challenges convention.”

This is how excited we are about it… 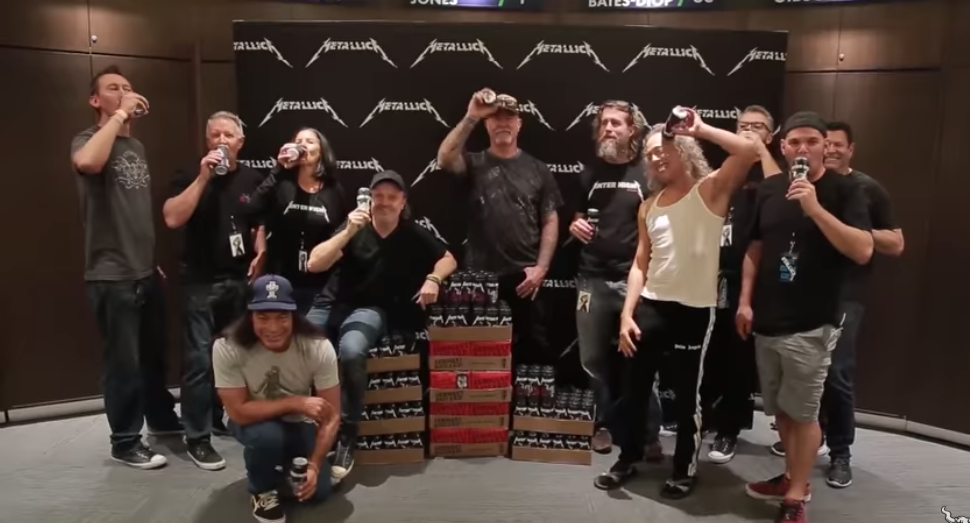 The name of the beer is an ode to the metal band’s iconic single, “Enter Sandman,” off their self-titled 1991 album. The logo has the same old school cool honor, with frontman James Hetfield’s red and white logo printed on the cans. Stone CEO, Greg Koch and Metallica drummer, Lars Ulrich had met up in Germany last year to brainstorm what blended brews they could release. “Enter Night,” was the conclusion of that meeting.

“We had an under-the-radar/guerilla-style approach to this. People have been drinking it, people have been talking about it,”  Ulrich told Revolver Magazine at the “Enter Night” release party.

Getting your hands on a six- pack of Metallica’s “Enter Night,” has become this easy– just enter your zip on Arrogant Consortia’s Website.