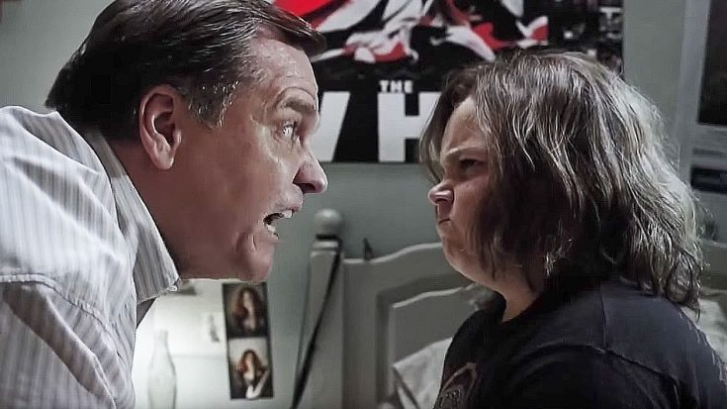 “You Gotta Praise The Lord When You’re In My Home!”

In 2006, multi-platinum recording artist Meat Loaf made a special cameo appearance in the cult-classic, metal-musical Tenacious D in The Pick of Destiny. It was in this film that Meat Loaf lended his iconic voice to the opening song of the filmed called “Kickapoo”.

In this scene, Meat Loaf plays a strict, religious father who is ashamed and furious at his son’s (Jack Black) ‘satanic’ music. Right after he is finished spanking his son, he starts singing his iconic verse.

Fun Fact: There are several cameos from various rockstars in this film such as the aforementioned Meat Loaf, Ronnie James Dio, and even Dave Grohl!

As you’ll see in this clip, Meat Loaf stole the show with his flawless singing in this memorable scene. The irony of Meat Loaf, a legendary rockstar, playing a man who thinks that rock is ‘the devil’s work’ is pure genius and it’ll ooze through the screen. It goes without saying, Meat Loaf can do it all! See for yourself!