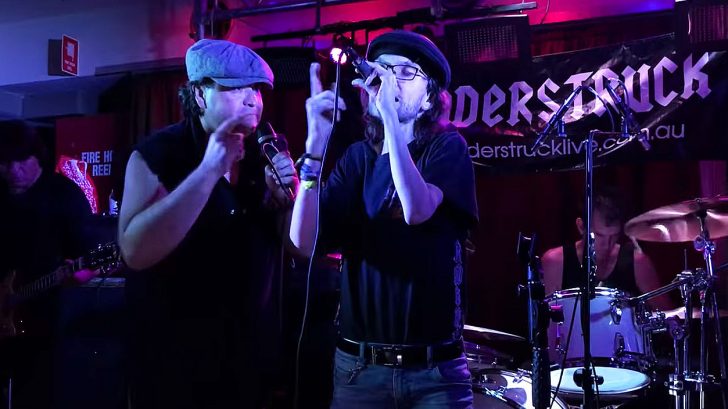 Malcolm Is Remembered By His Son

We are just months removed from the sudden passing of legendary guitarist and AC/DC co-founder Malcolm Young, yet it goes without saying that it feels like just yesterday we heard the heartbreaking news. As if you needed to be reminded, Malcolm was one of the driving forces not just in AC/DC, but all of rock. He was the creative mind behind some of our favorite rock anthems and he will be missed more than we can imagine.

Though he may be gone, his legacy lives on through his music, fans, and most importantly, his son Ross Young. It was just last month that Ross joined an AC/DC tribute band called Thunderstruck for a riveting tribute performance to his father. Needless to say, Malcolm was smiling at this amazing tribute. Watch as Ross carries on the proud tradition of rock & roll that his father set before him!