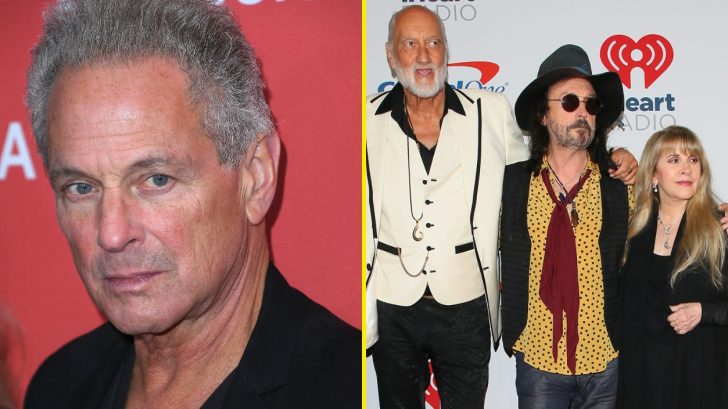 For the better part of 2018, Fleetwood Mac have been at the top of all things classic rock news related and it all started when the band made the shocking decision to fire longtime guitarist Lindsey Buckingham over touring disagreements. For months we’ve heard the band’s side of the story, particularly from Mick Fleetwood and Stevie Nicks.

While the band gave their side(s) of the story and fans’ speculations ran rampant, Lindsey remained silent and didn’t comment on the firing, though he did file a lawsuit against the band. However, it was recently reported that he settled the lawsuit with the band and he finally commented on the issue stating that he was “happy enough” with the outcome.

Lindsey has just released his latest project titled ‘Solo Anthology: The Best of Lindsey Buckingham’ and is currently touring to promote it.

During a recent interview with Stereogum, Lindsey, while discussing songs off of this album, was asked about the possibility of reuniting with Fleetwood Mac again even after the recent legal troubles. He gave a mature answer, but might’ve accidentally insulted the band in doing so. Here is what he had to say…

“Look, it’s Fleetwood Mac. Anything’s possible. Maybe they’ll get it out of their system. If they ask me to come back, would I? Sure, because to me, I think the lack of a proper farewell tour, if that’s what we’re doing, that doesn’t undercut, like I say, the legacy that we have so carefully built as the five of us, which they’re not doing right now.

I don’t know what they’re doing. It’s a cover band kind of deal, and Stevie may be enjoying that, and that’s fine. If she is happy doing that, there is no one outcome that I think is going to be okay.”

It’s no doubt heartbreaking that Fleetwood Mac and Lindsey are in the state they’re in with each other. There’s nothing we’d love more than to see this band reunite fully. Whenever us fans think of Fleetwood Mac, it’s impossible not to think of it Lindsey being there with them.

Nevertheless, as we always say in the world of rock & roll, you never know what’ll happen – anything is possible!