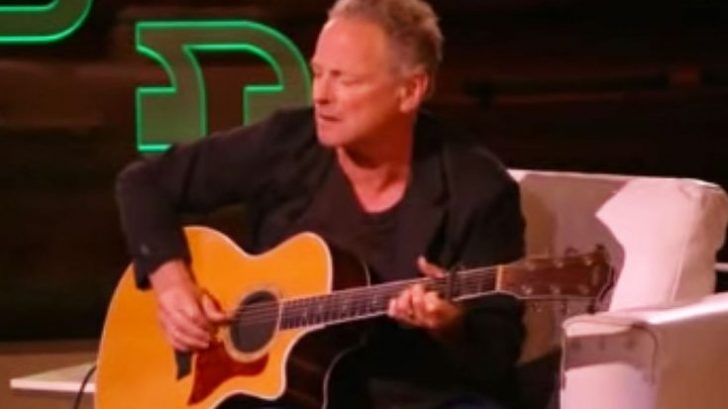 The Audience Is Stunned… Absolutely Stunned!

Fleetwood Mac’s lead guitarist Lindsey Buckingham is undoubtedly one of the (if not THE) most influential rock guitarists of all time. He has a style that is often imitated, but never duplicated. The man doesn’t even use a pick. THAT is just awesome!

Nevertheless, with all of that being said, Lindsey Buckingham remains one of the most underrated guitarists of all time. He is rarely given the credit he is due and he is single-handily responsible for some of the most iconic rock hits that would surprise even his biggest fans.

But anyway, what you’re about to watch is a video clip from a show called Talks Music where the aforementioned Lindsey Buckingham has his guitar in hand and is just very casually discussing his playing style, but what he decides to do at the last minute not only had the talk show host in awe, but also the audience as well. See for yourself!