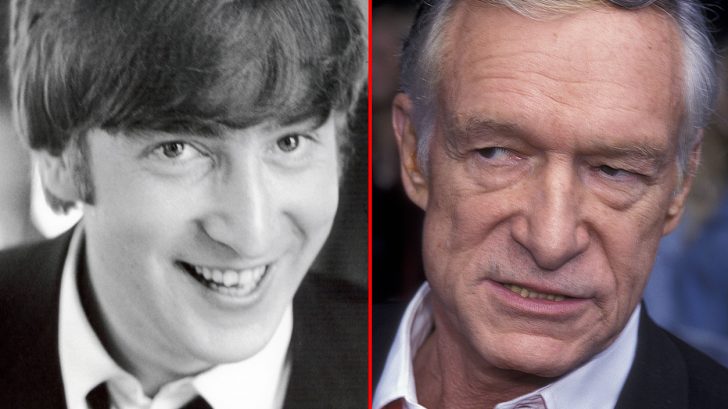 The Playboy Mansion has been host to cultural icons the world over. From Gene Simmons and Slash to Elvis and the famed ‘secret Elvis room’ that no one’s ever seen, if you scored an invite to hang out with Hugh Hefner at the Playboy Mansion it was understood that if you ever wanted to come back you’d better treat it better than your own home, freewheeling rockstar lifestyle be damned.

Late Beatle John Lennon apparently missed the memo and drew Hefner’s ire when during a visit to the Playboy Mansion while on a break from Yoko Ono he crossed a pretty big red line by vandalizing the mansion, taking one of Hef’s original Matisse paintings off of a wall and actually snuffing his cigarette out onto it.

Fun Fact: Hugh Hefner bought his Holmby Hills Playboy Mansion in 1970 for $1 million dollars. It sold for a reported $105 million in 2016.

Understandably, Hef was quite upset at seeing a priceless work of art defaced in his own home and while there are no details about how Lennon was removed from the Playboy Mansion, I think it’s safe to surmise that security, yelling, and lot of physical labor were involved in the process. Surprisingly, John Lennon wasn’t banned despite disrespecting the hell out of Hugh Hefner’s home; in fact, the pair managed to patch things up and as an added bonus, Hef kept the painting despite the cigarette burn – it’s still hanging there today.