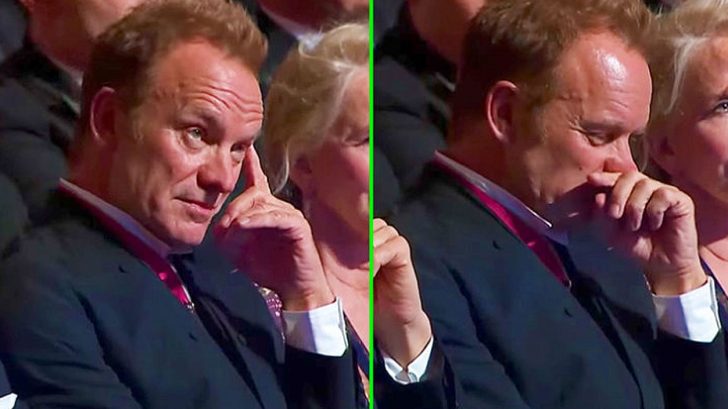 It’s always an honor to perform a song in front of the artist who originally wrote or performed that song. Whether it’s a tribute, or just a casual cover, it’s really intimidating and challenging, but can be really rewarding in the end, because you can get instant satisfaction from the originator of the song!

However, sometimes it goes horribly wrong, which is exactly what happened to legendary Puerto Rican guitarist Jose Feliciano. Feliciano was paying tribute to Sting, who was receiving Sweden’s Polar Music Prize (the Nobel Prize for music, basically) and brutally murdered Sting and The Police’s classic tune “Every Breath You Take”.

“I woke up in the middle of the night with that line in my head, sat down at the piano and had written it in half an hour. The tune itself is generic, an aggregate of hundreds of others, but the words are interesting. It sounds like a comforting love song. I didn’t realise at the time how sinister it is. I think I was thinking of Big Brother, surveillance and control.” – Sting

It was bad – everyone would definitely agree to this. Sting was in the audience, and watched helplessly as his song was blown up, put together, then slowly disembodied once again right before his eyes. Sting’s reactions say it all, as he tries to find some point of the song to latch onto and see as positive. Covers are almost always a hit or miss – some are brilliant, others are either mediocre or horrible. For this one, it’s just awful and it doesn’t help that all eyes were on Sting.

It’s a pretty difficult thing to watch to be honest, but also hilarious, so check it out down below! If you can’t help but cringe, don’t worry, you’re not alone.