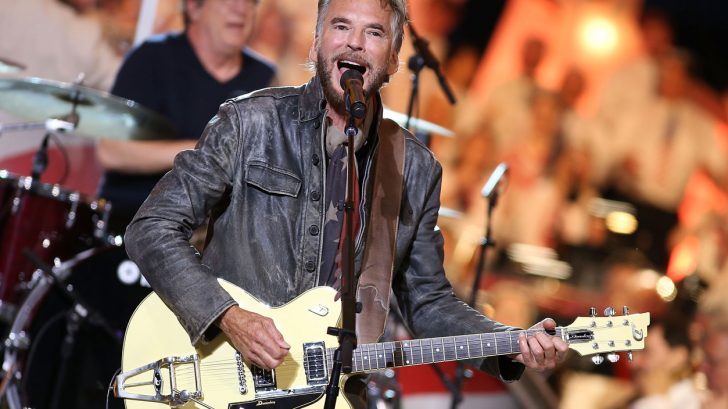 Production for the long awaited sequel to Top Gun has begun. We’ve got a name (Top Gun: Maverick), an all star cast (is anyone as excited as I am to see Val Kilmer reprise his role as Iceman?), and what sounds like a pretty cool story line – but it wouldn’t be complete without one special final touch.

32 years after giving us the coolest theme song ever, Kenny Loggins is heading back into the “Danger Zone” to bring his 1986 megahit back for one more ride. TMZ caught up with the 70-year-old rocker earlier this week and asked him if he planned on bringing back “Danger Zone,” to which his answer was an emphatic “I certainly hope so!”

Loggins also revealed that he met Tom Cruise on The Tonight Show Starring Jimmy Fallon, and had a chance to ask him about bringing the song back for Top Gun: Maverick.

“I met Tom Cruise on [The Tonight Show Starring Jimmy] Fallon, and I asked him that question, and he said, of course, we have to use ‘Danger Zone.'”

But don’t expect to hear the same version you heard three decades ago.

Loggins wants to breathe new life into “Danger Zone,” bringing in the new generation of rockers to give the 1986 classic a bit of a shakeup. While he’s put some feelers out, Loggins didn’t say which band he’s hoping to work with this time around (“I’m thinking about that right now, and I’d like to but I don’t think that’s a good idea because they may want to keep it secret”) but he did, however, hint that “the rockers I’m interested in are male” – which tells us that it’s a band and not a solo act, and its comprised of men.

That leaves room for bands like Kings of Leon, Imagine Dragons, Arctic Monkeys, Queens of the Stone Age, and Maroon 5 – some of the hottest rock acts on the planet right now – to possibly be tapped to jump onto the project.

There’s just one thing Kenny Loggins hopes to accomplish for Top Gun: Maverick, and it’s a pretty simple request: a walk on role. He revealed that he’d “love to do a walk-on in the movie,” but he’s willing to settle for a photobomb.

Hopefully Tom Cruise can make it happen. Who knows – Maverick might need someone else for his beach volleyball team.