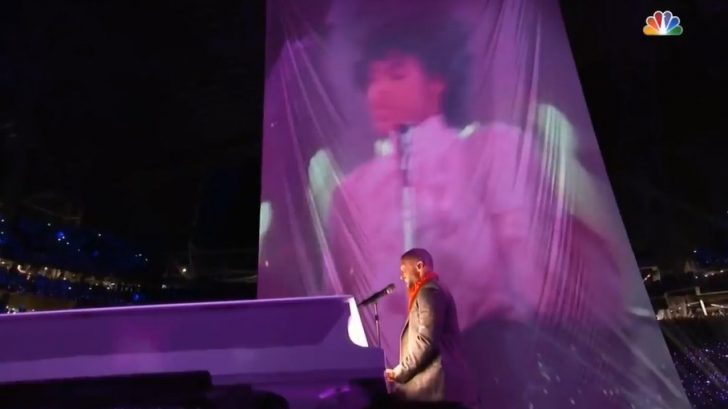 While Justin Timberlake’s long awaited return to the Super Bowl halftime show didn’t include the rumored *NSYNC reunion of fans’ dreams, it did serve as a career spanning retrospective of Timberlake’s solo career – and for a fleeting moment, even became a stellar tribute to the biggest star that couldn’t be there physically, but whose presence was felt nonetheless.

Held at the U.S. Bank Stadium in Minneapolis, this year’s Super Bowl and its halftime show were colored purple by expectations of some kind of tribute to hometown hero Prince, who died in 2016. Timberlake, 37, didn’t disappoint.

During his rendition of “Until the End of Time” from his 2006 sophomore album Futuresexlovesounds, Timberlake surprised fans with a special tribute to Prince that saw a giant, purple tinted projection of the late legend flashed high above him paired with a syrupy, sexy, slowed down version of Prince’s own “I Would Die 4 U” that flowed seamlessly with Timberlake’s own song.

As far as halftime shows go, this one absolutely rocked it! Check it out in the video below!