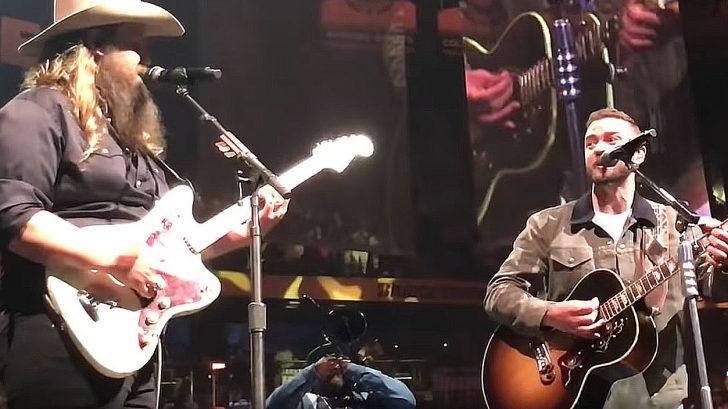 Three years after the duet performance that nearly broke the internet, Chris Stapleton and Justin Timberlake found their way back to each other last night at the Nashville stop on Timberlake’s Man of the Woods Tour.

The pair reprised their 2015 CMA Awards performance of“Tennessee Whiskey” to the audience’s great delight, offering up a smoldering reminder as to why we fell in love with them in the first place. We’re not afraid to admit that we’re a little drunk on the magic these two make when they’re together!

As his band begins to softly play a song we’ve heard too many times and still not enough, Timberlake kicks things off by coyly counting to three. At four, Stapleton jumps in with that syrupy opening guitar lick to “Tennessee Whiskey,” leaving fans screaming in pure delight.

“Tennessee Whiskey” as performed by Justin and Chris is every bit as electrifying as it was the first time we saw these two onstage, the chemistry that turned Stapleton into an overnight sensation and ushered in a brand new era for the country music world that night never more apparent when you realize that not only did they recreate that night in full force, but made it even better.

Needless to say, when Justin Timberlake offered up the deal of a lifetime – “Every time either one of us plays Tennessee, the other one is there” – we were fiercely inclined to agree, and we’re positive you will too!