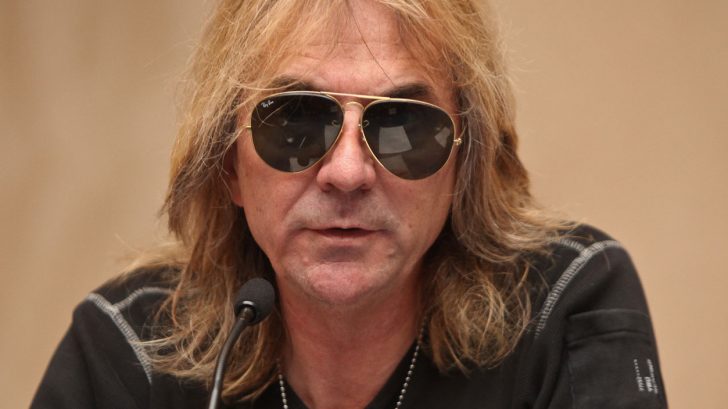 2018 is not being kind to the rock world. Where 2016 and 2017 claimed the very lives of the musicians we’ve always loved, 2018 is robbing them of their ability to perform – time is catching up and as a result we’re seeing a laundry list of bands and artists retire, be it out of a desire to spend time with family and grandchildren or, in the case of Neil Diamond, a progressive illness like Parkinson’s.

In the case of Judas Priest, it’s the latter; though he’s not leaving the band, Judas Priest guitarist Glenn Tipton will no longer be touring with the band due to the progressive nature of Parkinson’s Disease. Tipton, 70, was diagnosed with “the early states of Parkinson’s” a decade ago and has remained a fierce entertainer ever since. Now, the band says via a statement issued to their official Twitter account, though Glenn is able to play and perform the less challenging pieces of their catalog, “the nature of Parkinson’s progression” has forced him to make the difficult decision to stop touring.

“I want everyone to know that it’s vital that the Judas Priest tour go ahead and that I am not leaving the band – it’s simply that my role has changed,” Tipton begins. “I don’t rule out the chance to go on stage as and when I feel able to blast out some Priest! So at some point in the not too distant future I’m really looking forward to seeing all of our wonderful metal maniacs once again.”

Fans took to Twitter to respond, sending well wishes and thanking Tipton for his powerful influence in the metal world:

Glenn is f**king awesome. Thanks for your passion Glenn!!!!!! #GetWellGlenn

Thanks for all the incredible music, Glenn! You've inspired an entire generation of headbangers!

Thank you Master for talent, one of my favorite guitarists in the whole world! Colombia & South america supports you and so it will always be! #JudasPriestForever pic.twitter.com/eRUkAUOzRn

Glenn, just take care of yourself and enjoy time with your family. You’re still gonna be there every time I hear Priest, no matter what.

Give Parkinson hell Glenn, everything will be al right ???

They have been flying the flag for #HeavyMetal for over 40 years! Glenn Tipton is a pioneer of metal guitar! Continued strength, Glenn. #heartofalion

Tipton tapped Andy Sneap to fill in for him on the road and from the sound of what you’re about to read, Tipton’s bandmates fully expect to see him out and about on the road with them when his health allows it:

“We have been privileged to witness Glenn’s determination and steadfast commitment over the years, showing his passion and self belief through the writing, recording and performing sessions with Priest – he is a true metal hero! We are not surprised by Glenn’s insistence that we complete the Firepower tour and thank Andy for joining us to make Glenn’s wishes become real –

As Glenn has said we also can’t wait to have him with us at any time any place on the road… We love you Glenn!”

Best of luck to ya, Glenn!