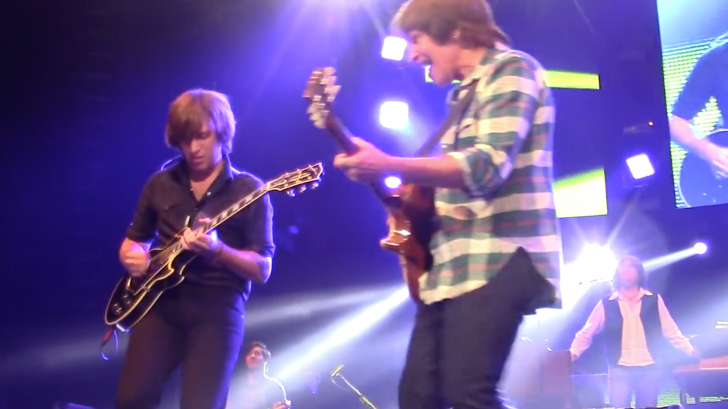 When you’re a kid, there’s nothing like going to work with dear old dad and hanging out around the office or construction site, wherever your old man goes everyday to make a living. In the case of Shane Fogerty, going to work with dad means something a little different (and is probably a lot cooler) than your regular, run of the mill “Take Your Child To Work” Day; his dad is none other than the legendary John Fogerty, former Creedence Clearwater Revival frontman and heading into work with John means sharing the stage and forging your own musical legacy.

In this regard, the apple definitely doesn’t fall far from the tree – he’s seen here performing “The Old Man Down the Road” alongside John during 2014’s 1969 Tour and looking for all the world like a smaller version of his dad, Shane trade licks back and forth with his old man like a seasoned pro and gives John a run for his money, giving us the funny feeling that the Fogerty family legacy won’t stop with John, not by a long shot; as far as we’re concerned, Shane being so completely at ease tearing it up onstage is a great indication of what we can expect to see from this young man in the near future and John’s got to be the proudest papa on the planet – this kid is outstanding!