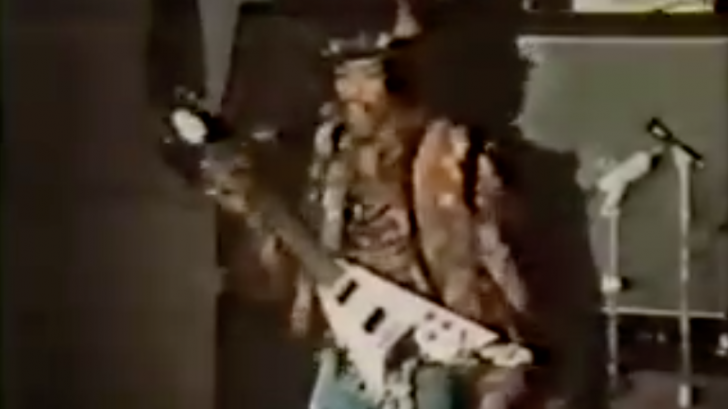 With A Lot of Help From Lots of Friends

Christmas on Earth Continued was a concert of epic proportions held on December 22, 1967. It included Jimi Hendrix,  Pink Floyd, The New Animals, Traffic, and several other prominent rock bands of the day. The concert took place in London, at the Kensington Olympia- to a sparse audience. The concert was intended to be simply a psychedelic winter music festival. Due to a winter freeze and ineffective publicity, the show turned out to be a financial nightmare for the organizers. For the promo itself, Joe Cocker’s cover of The Beatle’s “With A Little Help From My Friends,” served as the soundtrack. Cocker’s iconic raspy/blues inspired vocals take the lead on the cover along with back-up soul singers and a much slower tempo. The British singer’s debut album in 1969 was also titled With A Little Help From My Friends  and shot the musician to mega stardom.  The song was perfectly utilized for the star-studded Christmas On Earth Continued advertisement.

The YouTube video of the Joe Cocker film also includes outtakes from The Beatle’s A Day In The Life film.

The concert was a disappointment on several levels. Though each band and musician’s performance was stellar and well organized, the production did not bring in sufficient revenue to cover the expenses that were used to coordinate the concert. Many music historians recognize this as Syd Barrett’s (Pink Floyd) last live performance. He ended his set with limp arms and a lost stare in his eyes. Around the time after the Christmas on Earth Continued Concert , the musical genius experienced a psychosis that he could not recover from. Some call the ill-fated music festival “the last gasp of the British underground scene.” The title is derived from Syd Barrett’s onstage disconnection from music. Despite the misfortune associated with Christmas on Earth Continued, Joe Cocker’s rendition of “With A Little Help From My Friends,” remains the theme of the night.