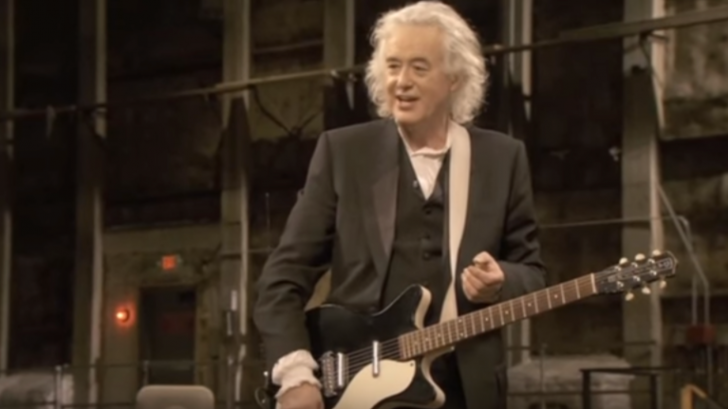 Learning From The Master

I can’t help but wonder how it feels like taking lessons from the guitar god himself. Sure, both of them are in popular bands but let’s face it, Led Zeppelin is one of the greats – ANYONE would love to listen what he has to say especially when it comes to playing the axe.

And we’re not just talking about any tutorial here, it’s “Kashmir” people which Robert Plant referred to as “the definitive Zeppelin song.” In this video we got Edge and also Jack White taking notes, as they should, from Jimmy.

“Those songs – In My Time of Dying, Kashmir – are supposed to be: That’s it. Nothing follows that. You need time to catch your breath after.” – Jimmy Page

I know what are you thinking, this is the first picture that appears when u search Jimmy Page. Don't hudge me ksksj. . #ledzeppelin #jimmypage #sixties #60s

Page is talented, that’s a given, but it’s also undeniable that years of practice made him a thousand times better as a guitarslinger.

Sure, he’s a real perfectionist but perhaps it’s one of the things that set him apart from every other guitarist. The man’s a force to be reckoned with.