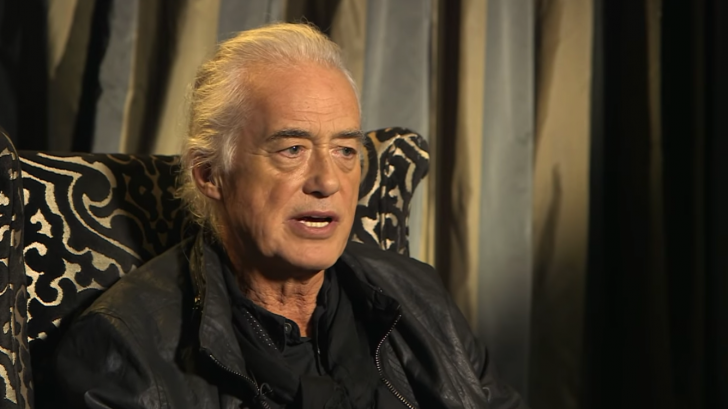 Page relives and rethinks it all

“Stairway to Heaven” is arguably one of the best and most famous rock songs of all time even if it was never a chart hit as it was never even released as a single. Still, the song eventually became one of the most played rock songs ever.

The great Zeppelin frontman and rock legend Robert Plant was the lyricist of this iconic track. In a testimony, Plant recalled how he and Page had worked on “Stairway to Heaven” at Headley Grange, a former poorhouse in Hampshire, England where the band rehearsed and recorded some of their early tracks. He shared the process what went through the conceptualization of the early stages of the song. It was Page who came up with the music and first played the opening, descending arpeggiated riff that is now one of the most recognizable song intros in music history.

Jimmy Page said on his songwriting,

“We were routining Stairway To Heaven and it was tricky going through it without having any verses to it. And while were going through it and everyone was learning it, Robert [Plant] was writing lyrics in the same room on his pad. And he eventually came to the mike and started singing, and it was, like, ‘Wow, we’re really onto something here, cos his lyrics are superb on it.”

In this interview with the BBC, Page casually breaks down the creation of “Stairway To Heaven”.

In this candid tell-all about the controversial rock anthem, Jimmy Page gives a personal account of how the song that catapulted the band to rock superstardom came together.

“The idea of Stairway to have a piece of music, a composition whereby it would just keep unfolding into more layers and more moods.” Page shared.

“The lasting quality of this music over all these years is the fact that everyone is playing so honestly and with such conviction it sort of shows”, he adds.

This Is What He Said He’ll Never Forget: