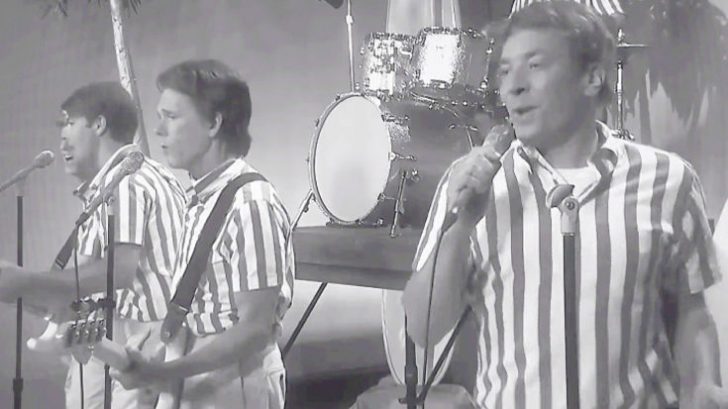 The Beach Boys are known for being the pioneers of surf rock! The band practically invented the song, and basically became the iconic sound of music you would play at the beach from the 1950s-1960s!

Last year on The Tonight Show With Jimmy Fallon, host Jimmy Fallon had special guest Kevin Bacon on the show. Since Kevin was stopping by, the two decided to bust out one of their iconic, routine sketches: First drafts of rock n’ roll. The sketch involves the two reworking a classic song into a parody version! These are often extremely hilarious, and this one was no different!

Fallon and Bacon reworked The Beach Boys’ song “Fun, Fun, Fun” into a hilarious parody where they repeatedly focus on the line that references a hamburger stand! It’s so funny! Not only that, the two are actually playing the instruments, and dressed up like the band, complete with a set looking like one of the Beach Boys’ old performances.

Fun Fact: In this classic American song about girls and cars, a rebellious daughter borrows her dad’s Ford Thunderbid, claiming she’s going to the library to study (yeah, right). Instead, she uses it to show up other drivers. Her dad eventually finds out and takes his T-Bird back, but she retaliates by running off with someone who fell in love with her after watching her drive.

Check out the hilarious sketch down below, and prepare to laugh!