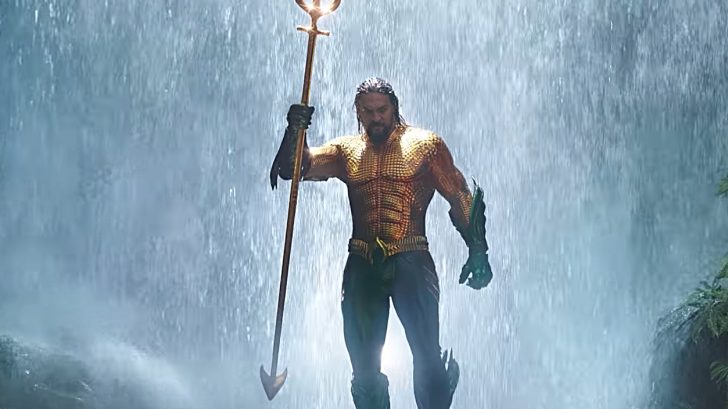 Now I Totally See It!

Most often than not, when an actor or actress is preparing for a big role, they each have different methods of preparing for said role. Some actors go to extreme lengths to get in character. Some more extreme than others. For example, Jared Leto prepared for his role as The Joker in ‘Suicide Squad’ by walking around with a backpack full of nails and listening to Frank Sinatra. Actor Daniel Day Lewis is also known for going to extreme lengths to prepare for his many iconic roles.

That being said, actor Jason Momoa didn’t exactly go THAT far when preparing to play Aquaman in the soon to be released motion picture of the same name, but his method of preparation and inspiration was definitely the coolest!

During a recent interview with Metal Hammer, Jason talked about what exactly inspired his interpretation of Aquaman, and his answer is one that we in the rock & roll community should definitely be proud of. Here is what he said…

“Aquaman’s pretty metal. I know no-one thinks that, but Aquaman’s metal. I kind of build my characters off of metal songs.

Conan (The Barbarian) was really heavy Pantera, I’d say Aquaman was probably mostly built out of Tool and (Metallica album) Kill ‘Em All. Ticks And Leeches, if I want to get specific. There’s a lot of Sabbath in there too.”

‘Aquaman’, directed by James Wan, is the 6th movie to be released as a part of the DC Extended Universe (DCEU).

What do you folks think? Are you now even MORE excited to see this film? I sure know that I am! Be sure to see it when it comes out December 21st and check out the trailer below!