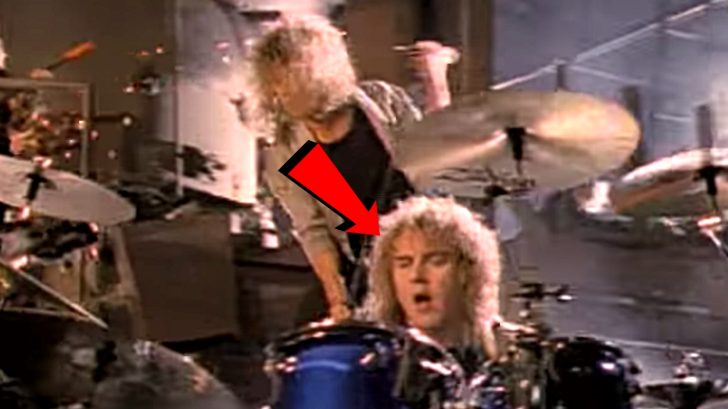 And They Were Called ‘BONHAM’…

I can only imagine that it’s hard being the son or daughter of a famous rock legend. Naturally, you’re expected to live up to your parent’s standards of music, and even when you try, you more than likely fall flat because fans will only expect to sound like your parent and only want you to play your parent’s songs.

Nevertheless, there are some who were able to escape their parent’s shadow. One such example is Jason Bonham, son of legendary Led Zeppelin drummer John Bonham.

Jason has truly inherited his father’s impeccable drumming talents. He was even worthy of joining Led Zeppelin in 2007 for the reunion concert Celebration Day in 2007. Fans often look to him as the gatekeeper for the Bonham family legacy and there’s no doubt that his father would be really proud of him.

But here’s what you may not have previously known. Before all of this happened, Jason had his own band and they were unlike anything Led Zeppelin ever was. And they were called ‘BONHAM’.

What you’re about to watch below is a music video from this band for a song called “Guilty” from 1989. This music is great, but it’s also obviously a product of the times.

It featured a full band plus a violin player, and while you might think it’s cheesy, it definitely proves that Jason was ALWAYS a great drummer. Check it out!