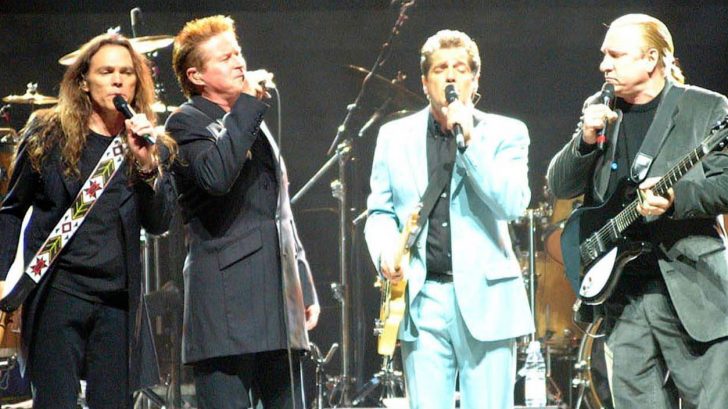 It’s Not A Party ‘Til The Eagles Arrive!

If any band knows how to ring in the new year, it’s the Eagles. In fact, they’re so awesome at ringing in the new year that they actually held a concert on the eve of the year 2000 to ring in a brand new millennium, and dusted off the funk infused ‘Funky New Year’ to really kick things up a notch. Written in 1978 and featured as the B-side to the Eagles’ iconic ‘Please Come Home For Christmas,’ ‘Funky New Year’ was a departure from everything the band had done so far. It’s reminiscent of stuff you’d hear from Parliament Funkadelic or at the very least, the Edgar Winter Group, which makes a rare audio recording like this so incredibly special – we can’t even begin to imagine the party going on when the Eagles took the stage on New Year’s Eve that year.

Fun Fact: The Eagles performed ‘Funky New Year’ live as part of their 1999 Millennium Tour – a three night concert event that took place in both Las Vegas and Los Angeles, with the band ringing in the year 2000 with fans at the Los Angeles Staples Center.

For a song about the ensuing hangover that comes after partying hard on New Year’s Eve, the Eagles’ Don Henley sure sounds like he had a great time – and you will too after checking out this exclusive live audio of the band ringing in a brand new year as only they can!