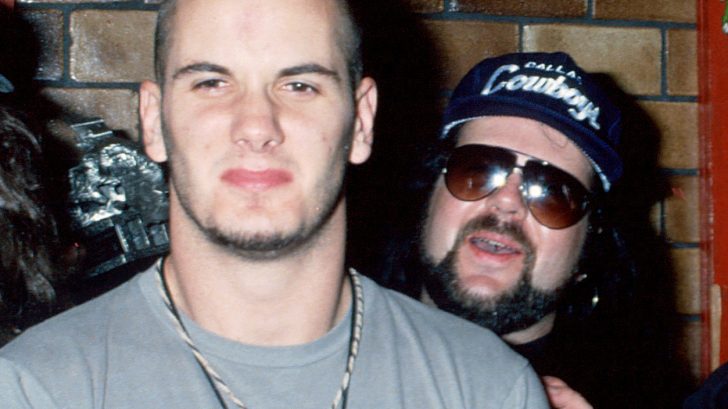 Vinnie Paul has been laid to rest safely and quietly between his mother, Carolyn, and brother, Dimebag Darrell.

His funeral Saturday afternoon was a private affair reserved for close friends and family, with a veritable who’s who list of metal musicians converging on Arlington’s Moore Funeral Home to pay their last respects to their friend and idol.

Far beyond honored to be asked to speak at my idol/friend’s funeral yesterday and represent #VinniePaul fans worldwide?? This image taken after laying our hero to rest with family @dimebagzhag friend #nickbowcott and VP & Dimebag’s idol #acefrehley #kiss – Nick started off the services, Vin’s close friend Tim next, then me (!?!?!), then I introduced Ace, who brought up Paul singer from Rough Cut who sang, then Nick closed it out. It was all very surreal and hard to handle, but everyone in that place had so much love for Vinnie and being around each other helped us heal. #ripvinniepaul

The funeral itself was locked down to the public, but the following day found the Abbott family throwing an elaborate public memorial for Vinnie Paul at Dallas’ Bomb Factory, where hundreds of fans and friends turned out in droves to give the late drummer a sendoff fit for a king.

With musical tributes and video messages from those who knew and loved Vinnie – Ozzy Osbourne, Megadeth’s Dave Mustaine, Alice In Chains’ Jerry Cantrell, and Pearl Jam/Soundgarden drummer Matt Cameron – there was one person who made a brief appearance, and in just 10 short seconds he delivered one of the most heartbreaking goodbyes of the day.

It was former Pantera frontman Phil Anselmo, whose relationship with Vinnie Paul was strained following Pantera’s 2003 breakup and became even more so following the death of Dimebag Darrell a year later in 2004. When news of Vinnie’s death began to circulate on the evening of June 22nd, Anselmo took to social media – at a loss for words, he posted a photo of a lit candle that drew nearly 70,000 likes from fans.

Anselmo’s video message was short – right around the 10 second mark with about as many words – but it hit, and it hit hard.

“Vince, always have love in my heart for you, man. Rest in peace,” he said softly before the video faded to black.

Our hearts go out to Phil and everyone still struggling to come to terms with the painful reality that is life without Vinnie Paul in it. If you weren’t able to get to the memorial yesterday, you can stream it in full below.

VINNIE PAUL: A PUBLIC CELEBRATION OF LIFE. ? Live from The Bomb Factory in Dallas, TX.