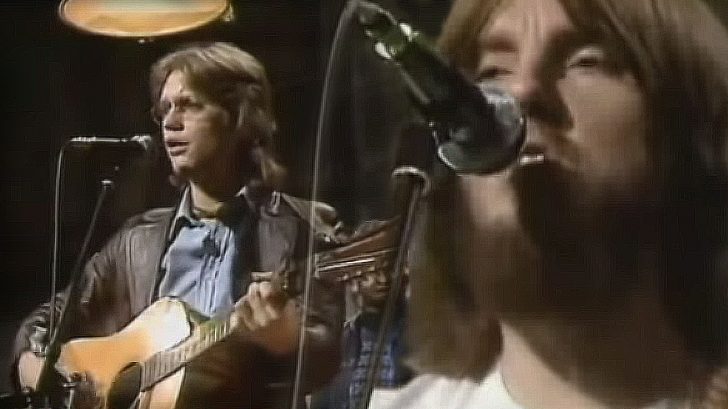 America’s smash hit ‘A Horse With No Name’ is one of those songs whose easy, breezy nature takes you back to simpler times, before mortgages and families and the stresses of adulthood set in. It was written as a lyrical road map, inspired by a childhood road trip taken by America’s Dewey Bunnell and while it doesn’t always make much sense and leaves a few questions unanswered at the end, ‘A Horse With No Name’ still became the band’s first and most successful single.

This 1975 performance featuring Dewey, Dan, and Gerry on Germany’s Musikladen, though simple with only the use of acoustic instruments, is even better than the song’s studio recording – long before the use of autotune, America set the bar impossibly high with near flawless 3-part harmonies and stunning, stripped-down vocal performances that would challenge even the most seasoned of modern performers!

Fun Fact: This was originally titled ‘Desert Song,’ since Bunnell wrote it based on the desert scenery he encountered in Santa Barbara, California.

They don’t make music or bands quite like this anymore. America’s Dan Peek passed away in 2011, leaving bandmates Dewey Bunnell and Gerry Beckley to continue the musical legacy they created as high school students; while America will never be the same, we’re incredibly lucky that we can still look back on footage from the band at the height of their career and smile at what once was. Maybe one day we’ll even figure out where the horse went after 9 days!