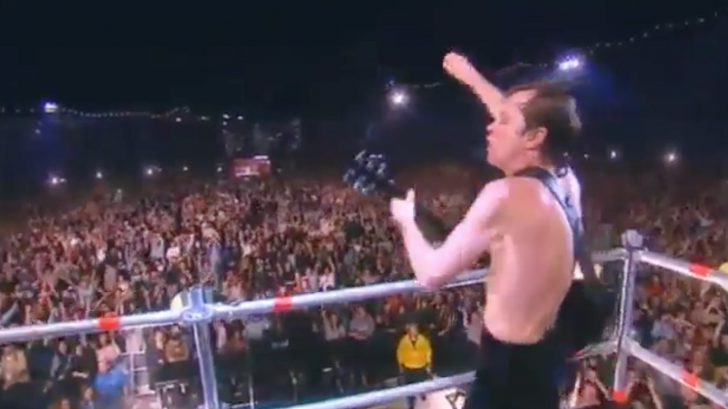 This Is Pure EARGASM!

Let there be…ROCK. We found this clip from Stiff Upper Lip Tour in Munich 2001. If you need any proof that Angus Young is a living guitar god — here it is. Plug in your headphones and put the volume on max. Not only is this regarded as one of his top solos of all time, lucky for us it’s also one of the longest. It’s going to feel like his music is out of this world. Man, to say that he’s insanely good is an understatement. Look at the guy! If this isn’t his best live performance, we don’t know what is. He brought his A game probably because the song itself is a masterpiece of rock. Originally sung by the late great Bon Scott, Brian Johnson put his vocals to work on this one as well. Not an easy task. He knows how to make those words scream.

The one thing you can say is Angus Young might be tiny as a man, but the rock n’ roll he expresses is absolutely enormous.

He looks so intense that we can’t help but wish we were part of that lucky, lucky audience. This happened in 2001 so nobody has their phone up — they’re just enjoying the moment. Good for them! Please take us back to this concert. He rocks the stage like it’s nobody else’s business. Ladies and gentlemen, Amazing Angus at his finest!