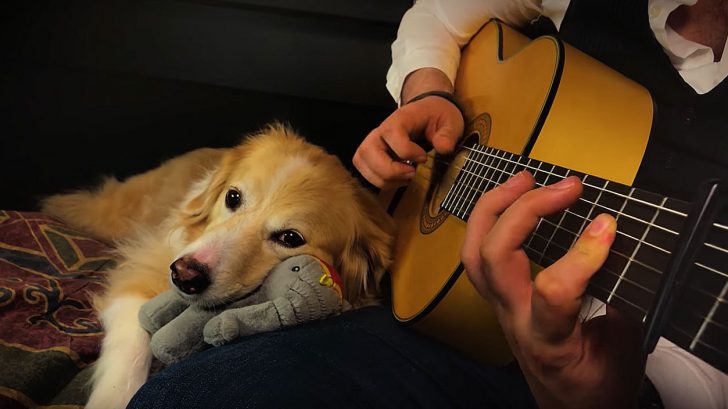 Neil Should Be Proud!

It was just days ago that legendary singer/songwriter Neil Diamond announced that due to a recent Parkinson’s disease diagnosis he would be retiring from touring permanently. It goes without saying that this news came as a great shock to us fans of him, but we can smile knowing that he left behind one of the greatest musical legacies of all time.

Since his announcement, musicians from all walks of life have come out of the woodwork to pay tribute to him, and as you can probably imagine they’ve all done a stellar job thus far, including this particular musicians here.

What you’re about to watch is a video in which a YouTuber who goes by the name AcousticTrench perform an all-acoustic cover of Neil’s timeless hit “Sweet Caroline”. Not only that, but his adorable rescue dog Maple is there with him too! See this amazing pairing for yourself!